ALBUQUERQUE, N.M.- Two seniors from the New Mexico Military Institute will be taking their next steps on the famous grounds of West Point.

It was a rigorous journey to get there for Jasmine Munoz.

“So my sister listed in the Air Force and I kind of wanted to follow in her footsteps then my grandpa also enlisted in the Army so he passed away my sophomore year so this is kind of a way for me to honor him,” she said.

The application process takes months– with medical, academic, and physical requirements and congressional nominations. Even then, only about 10% of applicants finally get that coveted certificate of appointment.

Nathan Davis has also been accepted. 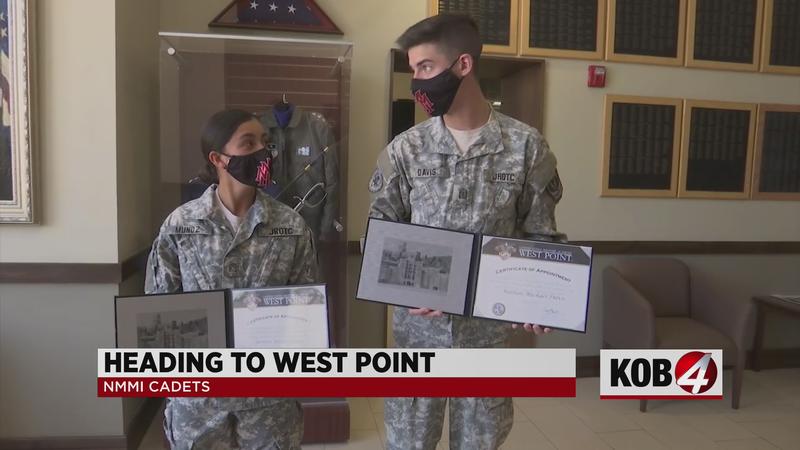 “My father was a naval officer, for a long time I wanted to go to the Naval Academy it was all about naval academy for me and a few years ago a prep student from west point, him and I got pretty close and I saw his journey through West Point,” he said.

He said the Army-Navy rivalry is already strong between him and his dad, only getting stronger after the latest football matchup.

Both cadets are planning on studying in the STEM field, which tends to be more male dominated. However, Munoz isn’t worried.

“I consider it as an opportunity for other women so that they can consider a similar path and not to be discouraged” she said.

The pair will graduate this Saturday, but with COVID-19 restrictions, they can only have two family members in attendance. Then later this summer they’ll ship out to West Point.