ALBUQUERQUE, N.M. – As police continue their constant search for an advantage over criminals, their eyes often come to rest on a helicopter or an airplane. An aerial perspective of a crime scene is such an important tool, that each year, police across New Mexico spend millions of dollars on pilots, spotters, fuel and maintenance for high-tech helicopters.

“If we can have an aircraft that’s following somebody that’s just committed a robbery as opposed to having to get into a car chase with them, that’s just better for everybody,” said Lt. Michael Meisinger, who’s been in command of the Air Support Unit at the Albuquerque Police Department for the past few months.

Albuquerque City Councilor Pat Davis is a former police officer who points out “there is nothing better than having an air unit up in the air to see the big picture, and tell you before you go around a corner with a bad guy.”

But while he supports the idea of high-tech air support, the lowest-tech part of the city’s airborne policing fleet has drawn Davis’ criticism. Air 5, a 1981 Cessna Skylane, has been patrolling the skies over Albuquerque in tight, looping circles for decades. Davis thinks it’s time for a final flight.

The plane once sported a FLIR (forward-looking infrared) camera that could track criminals even after dark, but that era is now memorialized by a soccer ball-sized patch in the plane’s body.

“The FLIR’s technology was so outdated that they couldn’t repair it anymore,” says Sgt. Will Taylor, a pilot and on-site supervisor for the unit.

Taylor can fly both the Cessna and the department’s two helicopters. When he’s flying one of the APD helicopters – known as Air 1 or Air 2 – he has an array of high-tech equipment at his disposal. He can fly at night. He can fly slower to more easily track vehicles. Software for the on-board camera labels streets, making it easier to relay directions to cops on the ground.

When he’s in the plane, Taylor’s available technology consists of a LoJack receiver that helps find stolen cars and a tactical flight officer with a pair of stabilized binoculars.

The plane’s vintage doesn’t bother Taylor, and he’s among the police officers who still consider the plane to be useful.

“A well-kept airplane is just as good as a brand new one in terms of abilities,” he says. Maintenance requirements are rigorous. In fact, it will soon be time for Air 5 to get a new engine at a cost of tens of thousands of dollars.

Davis thinks it’s a good time to step in and retire the plane instead of spending more money on technology.

“It doesn’t have the tools anymore that law enforcement need not just to prove their job in court, but to deal with all the moving pieces that happen in a city this big nowadays,” he says. In August, Davis tweeted a flight track of the plane’s looping patrol over East Albuquerque with the hashtag “SellThePlane.” The strict maintenance intervals mean the plane likely has a six-figure value on the open market.

From Sept. 1, 2020 to the end of August this year, records provided to KOB 4 by Albuquerque police show $48,070 in fuel and maintenance costs. Other flight records obtained by KOB 4 show police flew the plane 178 times in that same period.

The city’s air unit is the same size as Bernalillo County’s, which includes a modern helicopter, a Vietnam-era Huey chopper and an older plane. But Bernalillo County just won a grant to put a refurbished camera on its plane at a cost of well more than $400,000.

Four Investigates looked at other air support units in cities similar to Albuquerque. An apples-to-apples comparison is difficult to make because of geography and mutual aid agreements with other agencies.

Tucson, Arizona’s policing fleet includes three helicopters and an airplane. In Tulsa, Oklahoma and Fresno, California, the police departments have two helicopters at the ready.

Kern County, California covers the Albuquerque-sized city of Bakersfield and has five helicopters and three planes. But the county is seven times larger than Bernalillo County.

Colorado Springs’ police department rolls out with two hand-launched drones – something Albuquerque police say is not a reliable option.

Davis believes the city should lean more heavily on its own mutual aid agreements with Bernalillo County and the New Mexico State Police. All three agencies have aircraft based at Albuquerque’s Double Eagle Airport. In fact, the city and county routinely attempt to stagger their patrol shifts to maximize aerial coverage over Albuquerque.

Albuquerque Lt. Meisinger is cautious about overreliance on another agency to APD’s job. “It’s a huge benefit to have an air crew that knows our policies and the mission that we’re trying to do,” he says.

He also says that while Air 5 is decidedly low-tech, it’s also decidedly cheaper to operate and easier to train pilots to fly.

The department credits the plane with 50 felony arrests and the recovery of 42 stolen vehicles in 2021. Those missions are often indicated by the looping aerial patterns that residents crane their necks to ponder and Davis says are an indicator of outdated aerial policing.

“That’s really the question we have right now,” Davis muses as he and other councilors get ready to enter another budget cycle. “Is the plane the technology we need today? And is investing all that money to bring it up to modern speed really the best use of those dollars? Or is there some other solution that we can do? Use that million dollars to train up the pilots so the helicopter can be up more often? Can we use it for overtime to contract with the sheriff or the state police to use more of their resources that are already paid for by the same taxpayers? I think that’s what we really want to look at.” 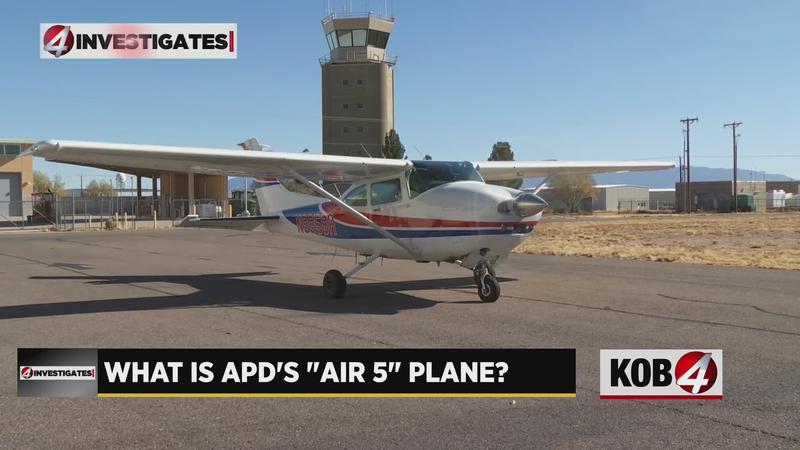