4 Investigates: How far behind are students because of the pandemic?

“We’ve got work to do,” said Lawrence Sanchez, the superintendent of Belen Consolidated Schools.

He’s just one of dozens of education leaders in New Mexico who are worried that many K-12 students have fallen behind because of the pandemic.

As thousands of students get ready to start a new year, KOB 4 examines the severity of the learning gap.

“It’s a huge problem,” Sanchez said. “We have to hit the ground running.”

One estimate is that K-12 students in New Mexico could have fallen behind anywhere from six months to two years. That’s according to studies cited by the legislative finance committee, a nonpartisan group in charge of briefing state lawmakers. 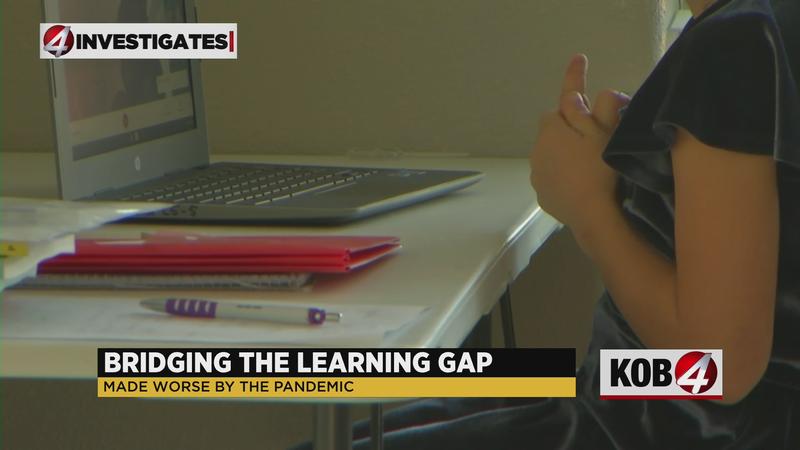 A report stated, “these estimates should serve as an alarm to educators and policymakers,” and it says the issue will widen existing learning gaps, particularly for low-income families.

Many parents are concerned.

“I think it was definitely a very, very big impact on them. It was very, very hard for them to pay attention, to ask questions, even just to log in,” said Belen parent Jennifer Jaramillo.

“It was really difficult,” said Belen parent Ajamu Clayton. “It’s hard for them to learn the way they should learn, versus if they had that one-on-one with the teacher. I know there’s going to be a lot of catching up to do.”

“It’s like a slap in the forehead,” Sanchez said.

Over the same period of time, at Albuquerque Public Schools, data KOB 4 requested shows the number of middle and high schoolers with at least one failing grade doubled, and 80% of kids at Van Buren Middle School had at least one.

Elsewhere, for the same age groups, in Deming, Hatch and Hobbs, more than 70% of students had an F.

In Cloudcroft, 44% of juniors had least one F despite none of them having any the year prior.

“I would describe the severity of the problem as a little bit unknown right now,” she said. “I think we will see less of a learning gap in reading. I’m very concerned about math. We’ll see some pretty significant gaps.”

“The assessments over the next couple of months are going to give us a much clearer picture,” she said.

KOB 4 asked about the estimate that students could be six months to two years behind.

She shared some of the strategies aimed at helping.

One is competency-based grading, which is something new for the state. It suggests that grading should be more forgiving and focused on competency, to help motivate students.

Another is accelerated learning, which focuses on grade-level instruction so kids don’t fall behind. But that requires resources, including special programs and more one-on-one time with students.