4 Investigates: Reports of aggressive coyotes on the rise in Albuquerque 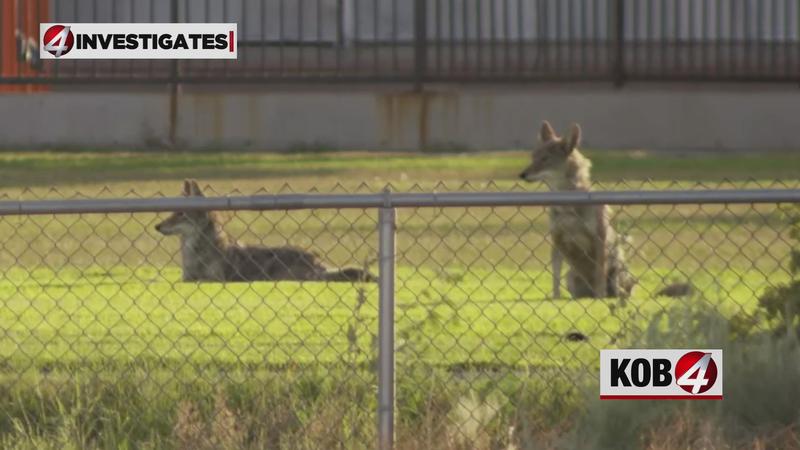 "The coyote came about, and went after his hind legs," she said. "And it was, I believe, a juvenile coyote."

Bivens said a man who was walking in the area eventually scared the coyote off by yelling at it.

Urban biologist Dr. Mark DiMenna said the timeframe coincides with when coyotes are having puppies.

"The pups are very vulnerable when they’re still in the den. And they haven’t really come out and start, you know, fending for themselves yet, so the parents are going to be very protective of that area," he said.

DiMenna believes the pandemic is, at least, partially to blame for the increased reports about coyotes.

"So many people have been working from home and enjoying some of the freedom to go take a walk while they’re on that call, or while they’re in between things, and then the kids have been home as well," DiMenna said. "But that increases the chances that they’re going to encounter those coyotes that are going about their day. Most of us would have been in the office or workplace during that same period of time over the previous years."

The pandemic also created an opportunity for animals. For example, coyotes have been spotted at Helen Cordero Elementary in southwest Albuquerque.

As school was shut down, it allowed mice and rabbit populations to likely explode, which attracted coyotes.

"They’re always looking for more opportunities to expand their territory," DiMenna said. "So as they found these nice big open fields at schools, suddenly no longer in use, they don’t smell like humans, there’s not a lot of human traffic over the last couple of springs, then they’re gonna start wandering a little bit more into those spaces, not necessarily permanently occupying them, but certainly, you know, hunting they’re exploring there and that type of thing."

DiMenna believes the number one reason behind more aggressive coyote behavior is people feeding them.

"It’s a bad idea to feed them, they become dependent on humans," he said. "And then they want to defend territory where they know they can easily get food. But now they’re no longer afraid of people. So they’ll stand their ground against humans."