ALBUQUERQUE, N.M. — For the first time in nearly a year, sports venues in New Mexico will be allowed to reopen with fans.

On Wednesday, Gov. Michelle Lujan Grisham announced new amendments to the public health orders that allow sports venues in Yellow, Green, or Turquoise counties to bring back fans. The new rules will impact sports teams at the professional and college level.

Venues in Bernalillo County, which is currently classified in the Yellow Level, will be allowed to occupy no more than 25% of their outdoor capacity.

"Yeah. We were very encouraged getting that news yesterday and it was what we were hoping for to be honest with you. We had been working with the governor’s office,” said John Traub, general manager of the Albuquerque Isotopes.

The Isotopes are scheduled to start their season in April, but that’s only if Major League Baseball starts on time. Either way, they’re preparing. Traub aid they already have a company in charge of sanitizing the stadium. 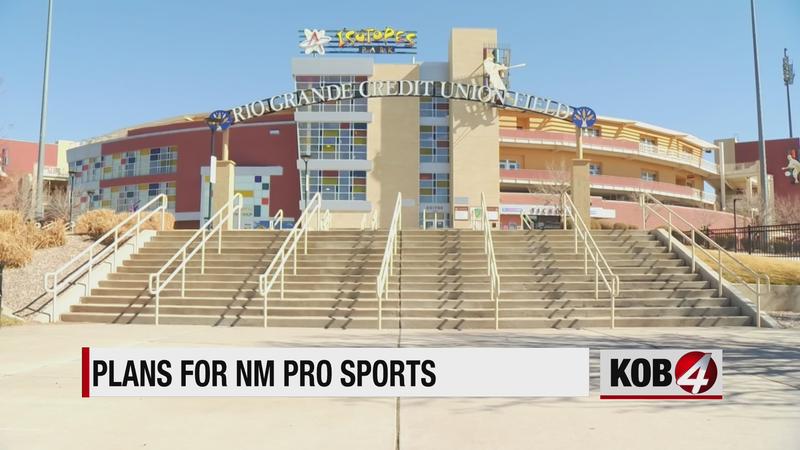 "So we will continue to clean before, during and after games. And we’ll be wiping down touch points and high-traffic areas, spraying with special solutions and things of that nature,” he said.

The New Mexico United Soccer Team will also use The Lab for their home games. In 2020, the team spent their entire season on the road due to the state’s restrictions.

"You know now that we know that we can play at home with fans—it just raises the energy. We have great players on the team that came here last year primarily for the atmosphere. We hear that more and more from players and coaches,” said Peter Trevisani, CEO of New Mexico United.

New Mexico United said they’ll coordinate the Isotopes even though their layout may be a little different. Both teams said the stadium will be COVID-safe and meet any requirements set by their league or state. That could also include special seating arrangements.

"Relative to the seating bowl, we’re going to have to set up the seating capacity in certain pods. So we’ll have pods in two’s or four’s, in six’s, so when people select their tickets, they’ll have to choose from certain pods that are available,” Traub said.

Isotopes Park can seat about 3,000 fans at 25% capacity. Both teams will announce ticket information in the coming weeks.