ALBUQUERQUE, N.M. – James Wisch moved from Albuquerque to Kyiv, Ukraine two and a half years ago. He’s been teaching English and IT classes to Ukrainian professionals. But just last week, he was forced to leave the new home he has grown to love, after Russia’s initial attack.

He and his new wife, who is Ukrainian, left with the bare essentials.

They are now safe in southern Ukraine, at her parents’ home. But his students, like Bogdan Borodai, have decided to defend their villages from further conflict. He is fighting alongside 20 to 30 other “freedom fighters” from his village, fifteen kilometers from Kyiv.

"Our village is cut off with the connections from all the rest. From armed forces, from other villages, so we coordinate ourselves,” said Borodai. "We have a few hand grenades, high explosive grenades, and cocktails,” he said. “Yeah we made hundreds of them."

He says he woke up last Thursday morning to the sound of missiles heading for key military and infrastructure targets in the capital. But now, those targets have expanded.

"They bombed by aircraft means, my kindergarten,” said Borodai. “My grandma was hiding like 300 feet away from that kindergarten in our basement."

But the ruthless attacks have only strengthened their will to fight.

"No other things united Ukrainians as much as Putin,” said Borodai. “We united as never before. I mean people are helping each other and as the war goes on we see positive dynamics. We stand for our country, we stand for our nation. And surely we will win because all the world is with us."

Wisch is trying to lend them as much help as possible, but COVID has sidelined him. He now has time to reflect on how quickly things changed.

"I’m very afraid for my student and my friend Bogdan,” said Wisch. “Because he and many others in these isolated villages, suburbs around Kyiv– they are cut off."

But Wisch knows their resolve is unbreakable.

"Ukraine has forty million people, and they are all pissed off,” said Wisch. "If they don’t have Molotov cocktails, they’ll use their teeth and their fingernails. That’s how angry they are about this situation."

But the reality of war, and potentially making the ultimate sacrifice, has set in.

"It’s something unusual for the first few days but then it’s just something you live with,” said Borodai.

There are several ways to donate directly to the Ukrainian relief effort, through organizations like: 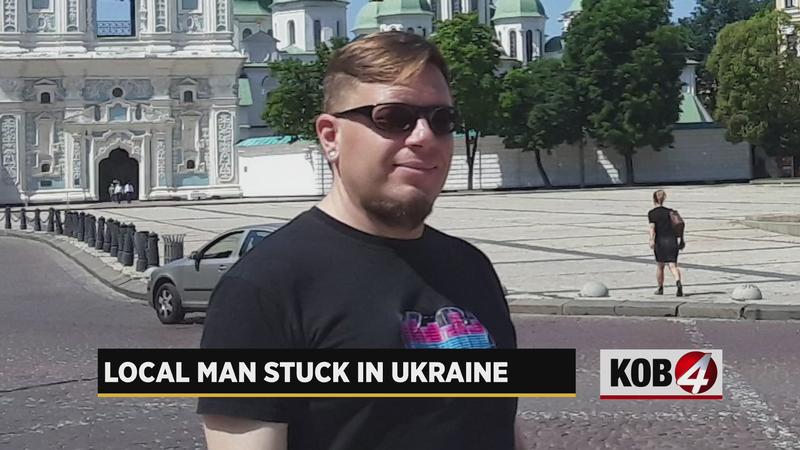