ALBUQUERQUE, N.M. — A homicide investigation was launched at a West Side hotel early Thursday morning.

Police were alerted to gunshots near Coors and Iliff around 2:30 a.m. through ShotSpotter technology.

Officers who arrived on scene reportedly located some casings in the parking lot of the Travelodge in the area.

Police said a male victim was taken to the Lovelace location downtown and was then transported to UNM Hospital. While en route to UNM Hospital, the victim died from his injuries.

On Sunday, Albuquerque police confirmed there were 54 homicides so far in 2021. Since then, police launched a motel homicide investigation Monday and found a man dead in the road Wednesday on the West Side. 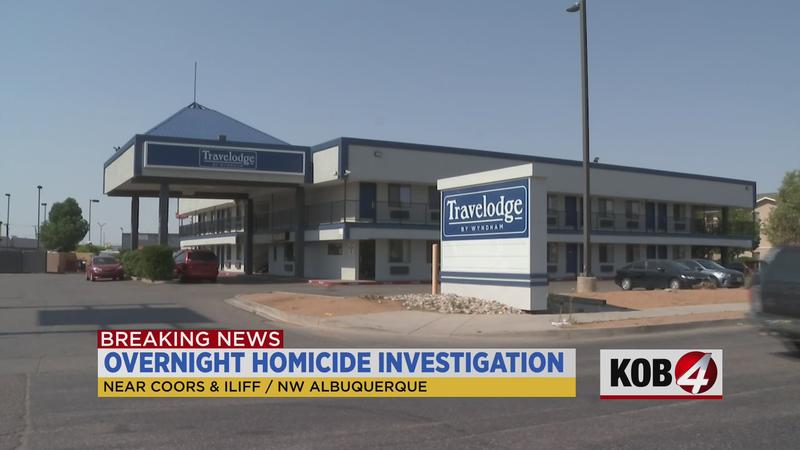