Albuquerque ranks among best places in the U.S. for robotic hernia surgery

ALBUQUERQUE, N.M. – One of the leading causes of hernias is weightlifting – something that 61-year-old Dr. Bill Goodman does a lot.

"I had a hole that was bigger than a quarter – but smaller than a half dollar – and my intestines were hanging out through the hole," he said.

Fortunately for Dr. Goodman, Albuquerque is one of the best places in the country for robotic hernia surgery. The program at Lovelace Health Systems recently received SRC accreditation, which is a huge accomplishment for our state.

"They put two little holes here and one here, filled me up with air to separate the skin and the fat tissue from the muscle, and then they had a mesh in a sterilized tube,” he said. “They inserted that in the body, unrolled it inside of me and sutured it in place." 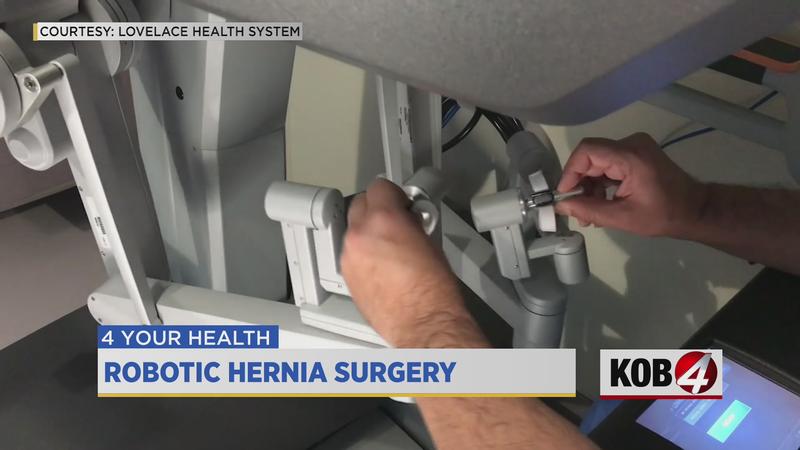 Dr. Goodman said he was released from the hospital hours later and now he’s back to lifting. In fact, our KOB 4 crew watched him set a new personal record of 344 pounds at Snap Fitness near Wyoming and Paseo.

He said it was all thanks to Dr. Mario Leyba, who has done close to 3,000 robotic procedures since 2013.

"He’s now officially a master robotic surgeon in the state of New Mexico, along with his partner," Dr. Goodman said.

Dr. Leyba said he and his partner, Dr. Michael Blea, are the first in the state to get this accreditation. Although he credits recent advancements in technology for his program’s success, he made it clear – the robot is not in charge.

"It’s actually Dr. Leyba doing the surgery and I’m just utilizing the tool to get it done safely with, you know, benefits that the robot gives us," he said.

Those benefits include the ability to suture upside down, seeing the patient on a screen in 3D – instead of 2D – and making smaller, more precise incisions.

"I was back at work like three days later," Dr. Goodman said.

He was back at the gym only a few days after that.

"Next thing I know, he’s sending me a video of him lifting 300 pounds and he’s at the gym,” Dr. Leyba said. “And like a week later, he’s doing one-handed pushups."

Visit this website to learn more about robotic hernia surgery and about general information on hernias and symptoms.