"He was a sailor in World War II. He was on the USS Omaha and after WWII he joined the Army and went to Korea with the Army, and then he stayed in the Army until he chose Albuquerque as his final duty station,” said Claire Vito, daughter of veteran Frank L. Vito.

Claire thought a party with just family and close friends wouldn’t cut it for veteran Frank.

"He’s just been an amazing hero my entire life,” she said. "I think someone who has been a vet for as long as he was a vet, and served in two wars, he was still in the Army during Vietnam, should be celebrated by some other vets.”

Claire logged on to the Nextdoor app and invited folks to show up for the party. 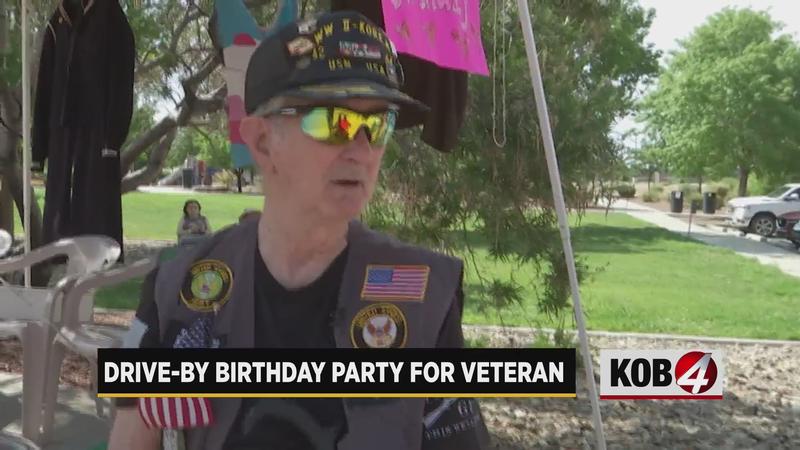 "People are just absolutely amazing to do all of this for a stranger,” she said.

Frank enlisted straight out of high school with no regrets.

"I enjoyed every minute of it…even the scary parts,” said Frank. “I’m grateful for what I did, and I was born to do."

Frank said he was overwhelmed and thankful about the turnout.

“I’ve had the best part that life has to offer,” he said.