ALBUQUERQUE, N.M.- The Albuquerque zoo is getting ready to welcome an unexpected guest.

"So a bit of a surprise in that she was on birth control," said Bricker Thietten, senior mammal keeper at the zoo. "This wasn’t one of our recommended breedings, so it was kind of an oops, we have been suspicious since December. We saw behavior that made us think maybe she was pregnant."

"The Association of Zoos and Aquariums will say, ‘Hey, you guys have a great pair, can you try to breed?’ and that may be based on their genetics, if they’re a real good pair genetics-wise or just that the number of animals," Bricker said. 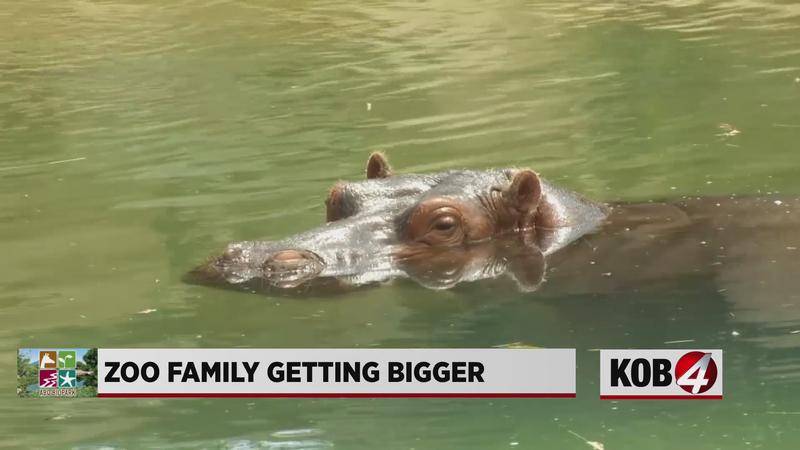 Bricker said it’s extremely important to have diverse genes when breeding in captivity because there are fewer animals than in the wild.

Luckily for Karen and Moe, the hippos, they’re experienced parents

"Six years ago when we had our last {hippo} baby, that one was recommended, you know, Moe, our male, was pretty old at that point, and Karen had been on birth control for years, and we said we’ll give it a shot, we don’t know what will happen and within a couple weeks– pregnant," Bricker said.

Bricker believes Karen may give birth on July 20.