APD’s Violent Crime Unit initiated a homicide call out at 8601 Central Avenue NE. Police have not released any information about the shooting itself.

Police were then called to a separate shooting Sunday, near Pennsylvania Road and Chico Road NE.

Upon arrival, officials said officers found two people who had been shot. They were taken to local hospitals. 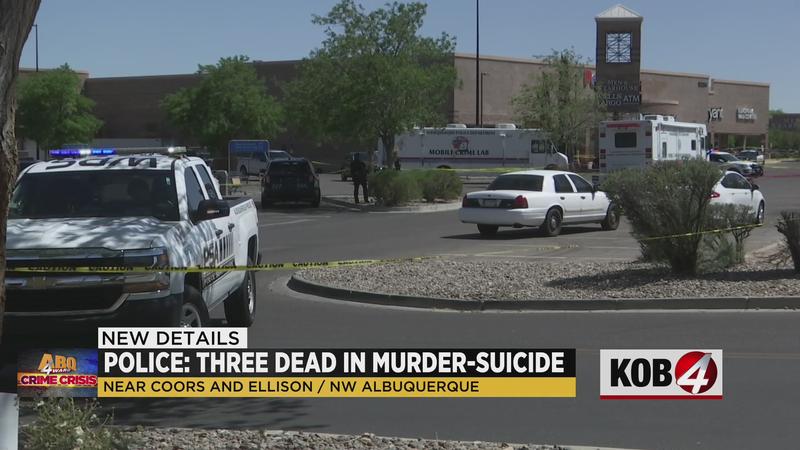 There was no other information provided, but the APD Violent Crimes Unit is investigating.

Albuquerque police are also investigating a murder-suicide in the parking lot of Party City.

The three were identified as 17-year-old Alexia Rael, 16-year-old Mario Salgado-Rosales and 52-year-old Bradley Wallin, who police say shot Rael and Salgado before turning the gun on himself.

Authorities say Wallin had been in a past relationship with Rael’s mother. Last month, she reportedly filed a temporary restraining order against Wallin after Rael alleged Wallin sexually abused her. A hearing for a permanent restraining order was scheduled for later this month.

BCSO is investigating the sexual abuse allegations, while APD continues to investigate the homicide.

APD Chief Harold Medina says this is just the latest in what’s been a violent week.

The following GoFundMe has been set up for Alexia Rael: