*The video may be disturbing to some viewers.*

ALBUQUERQUE, N.M. – Albuquerque police are explaining what led up to an officer shooting and killing a man earlier this month.

It started with a pursuit of a stolen truck that ended at the Court John Motel. A neighbor who filmed the shooting claims the suspect was unarmed and running away.

But police believe the suspect was armed. On Thursday, they went over a timeline of events.

Police received a 911 call from someone saying they found their neighbor’s stolen truck with someone inside it. That’s when multiple officers followed the suspect to a motel and shots were fired.

The suspect in this case identified as Devin Morris. Police say he left the stolen truck and then ran to the motel, where he tried to steal a motorcycle. When that didn’t work he tried to bust down one of the doors at the motel, that’s when officers were able to taser the suspect, but it was ineffective.

Body camera footage shows Morris pulling out a handgun from his pants and tried to run away, that’s when officers open fire.

APD Chief Harold Medina talked about some of the criticism they received for firing at the suspect while his back was turned.

"An individual was shot in the back. But the truth is that individual was armed with a firearm, was fleeing officers, and endangered not only officers but the community. So in a way it is truthful what individuals are saying, but it’s the facts of the case that change the whole dynamic," said Medina.

Officers fired at least four shots. At this time, police don’t know if the suspect fired their gun at all in this case.

There are now two investigations into the shooting to find out if officers followed correct procedure. 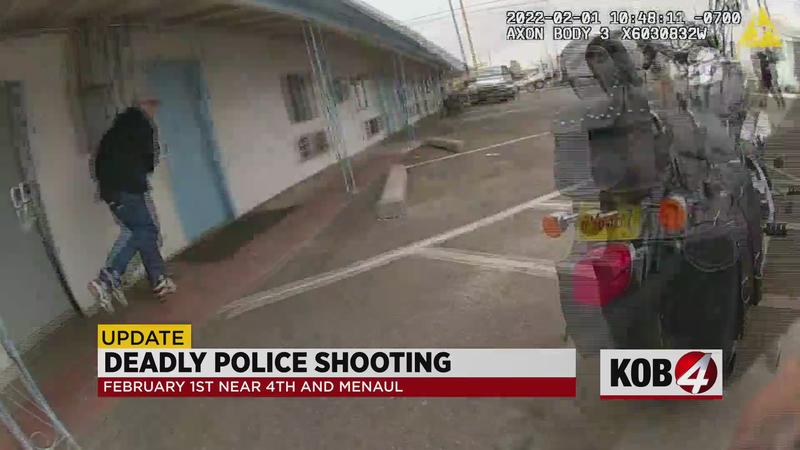