APOA Survey: Officers do not feel supported by city leaders

ALBUQUERQUE, N.M. — Rank and file officers with the Albuquerque Police Department don’t feel supported by city leaders, according to a new survey from the union representing them.

"They do not feel like they have a recipe for success,” said Willoughby. “85% of them are looking for other jobs in a year where 137 police officers have already left followed by a year where 81 police officers left last year. I mean we have a natural attrition rate in this police department dating back 20 years of 60. So they’ve got a serious problem on their hands and I think it starts with treating your employees with a little more respect."

"We always let them know that we support them 150%. So it’s alarming to me to see those results of what was in that survey," she said.

Borrego says city council has increased APD’s budget by 30% over recent years and increased officers’ pay by more than 17%.
Borrego says she plans to meet with the police union about the survey.

"I’m eager to meet with them as the city council president and just move forward and let rank and file know that we’re very supportive of them And if there are things that the council is not doing, I would like to know what they are," said Borrego.

A spokesperson for the Albuquerque Police Department sent KOB 4 this response to the survey: 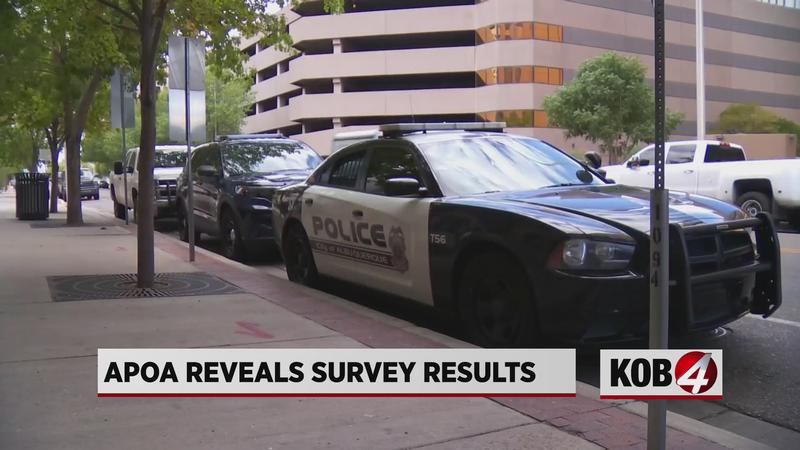 "We have acknowledged and been up front about the fact that officers are not happy with the DOJ settlement agreement and the focus on discipline. At the same time, the Court-appointed monitors are coming out with a new report that once again criticizes the department for not doing enough to discipline officers. The fact is we are working with the DOJ and the Congressional delegation to push back against unreasonable demands from the monitoring team, while working toward compliance and lasting reform. I would also point out that 61% of voters in a recent survey support the job our police officers are doing. Public support is essential for our department to be effective."

A spokesperson for Mayor Keller sent KOB 4 this statement:

"Although this is a self-selecting survey that has reflected similar opinions over multiple administrations, it underscores what we know is a very difficult time to be in law enforcement. The administration continues its strong support for officers and has made some of the largest investments in recent history. In spite of the pandemic, Mayor Keller has backed up officers with needed pay raises, hiring, and critical technology upgrades."