ALBUQUERQUE, N.M. — People in Albuquerque are witnessing crimes at their local grocery stores and on their doorsteps this week.

"This has been a tough town over the years but not like this,” said Dick Knipfing, long-time local news anchor. “This is nutty."

Knipfing was almost caught in the crossfire during a trip to his local Walmart Neighborhood Market Tuesday morning.

Employees told him someone was trying to shoplift. When managers told her to leave, she grabbed a gun from her car and shot at the front of the store.

"I don’t think there’s any respect. There’s not any respect for you, for me, or for stores or houses or anything,” said Knipfing.

The owners of Just Urban smoke shop also feel the lack of respect. They caught a group of armed thieves on camera, demanding money and taking cigarettes from their shop over the weekend.

"Just terrifying,” said one of the owners. “And I feel like all we can do right now is just prepare. Because it’s crazy. The city seems so crazy right now."

They’re adding a buzzer system and are considering an armed guard.

Homeowners can’t escape the threat either.

A local man posted a video on Facebook, showing an armed porch pirate stealing his packages.

It would increase sentencing for using firearms during a crime.

"Some of the drug crimes that are taking place, our homicides, our robberies, these are all crimes that would encompass this bill,” said Lieutenant George Vega from the Albuquerque Police Department, during a presentation on Tuesday. “It will give teeth to those who can levy these sentences against these people." 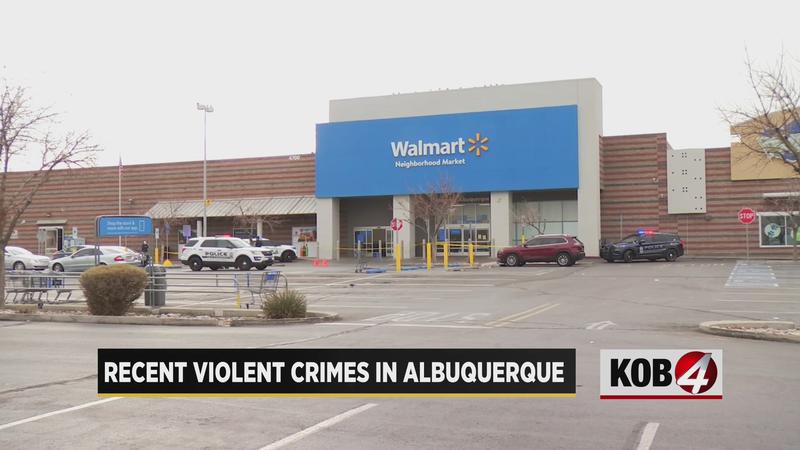