The whole intersection of University Boulevard and Indian School Road was blocked off Saturday night by street racers.

The gathering was quickly broken up, and police followed one of those cars – an alleged ringleader, back to an apartment. But they didn’t just arrest the driver.

Nicholas Mahmoudi and Odalys Pena are both facing charges in connection with illegal street racing.

Around midnight, deputies were on a saturation patrol looking for illegal street racing when BCSO’s chopper spotted a red Ford Mustang doing donuts at Indian School and University.

BCSO posted the video from the chopper on Facebook, showing it happening from above.

According to court documents – and as you can see in the video – the Mustang nearly crashed into a pedestrian as it did donuts in the middle of the intersection.

When deputies arrived, they say the Mustang sped off down Indian School in the wrong direction – nearly crashing into other cars and a deputy’s patrol unit. One deputy had to, "…make a sudden stop for his unit not to crash into the red Ford Mustang as the red Ford Mustang made a u-turn in front of him to flee from deputies."

BCSO’s chopper followed the Mustang to an apartment complex on Copper Avenue, where it caught a man and a woman run out of the car and into the building.

Deputies arrested Mahmoudi in the hallway. He’s facing several charges including aggravated fleeing from an officer, reckless driving and improper display of a plate.

Deputies also arrested the passenger. Pena is charged with conspiracy to commit a fourth degree felony, and in court documents, she, “…knowingly went to a street racing event with another subject." 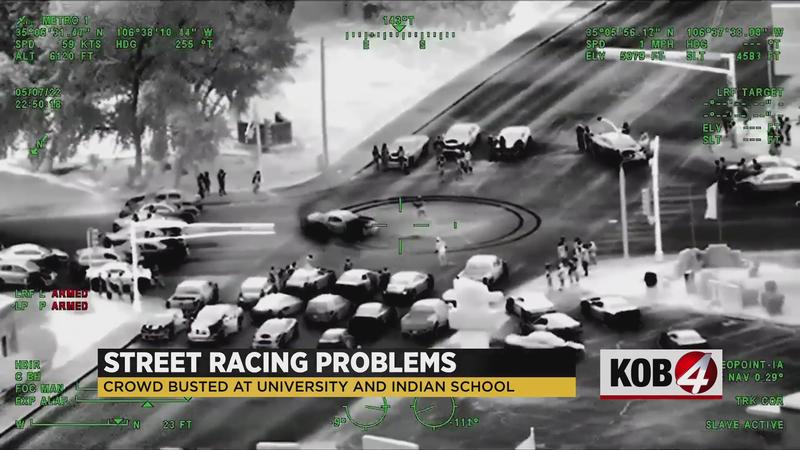