BELEN, N.M.- People in Belen spent much of Wednesday cleaning up after Main Street flooded.

Freddie Chavez, who owns Chavez Brothers Vineyard and Winery, said the water covered their floor and soaked a lot of their equipment.

"I walked in, and I was surprised," he said.

Chavez said the cleanup is going to take several weeks.

While some were trying to stay optimistic, others couldn’t hold in their frustration. 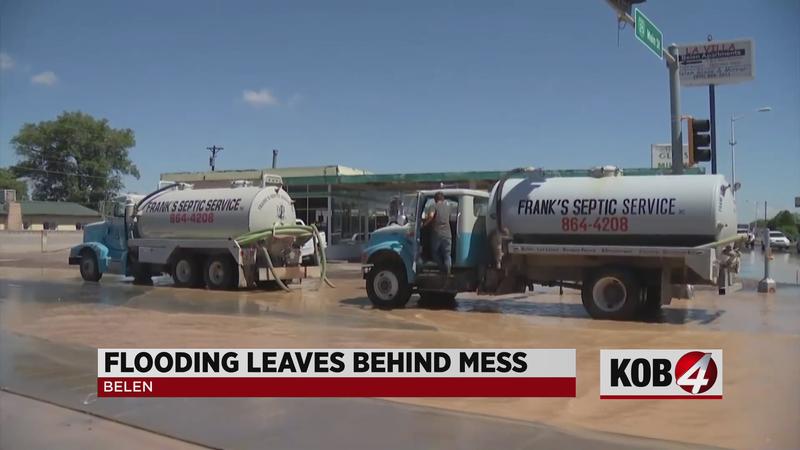 "You can blame God the first time, it’s an act of… for this tragedy," said a business owner who did not want to reveal his name. "Second and subsequent times, it’s the geniuses in Santa Fe and the conservancy district making their quarter of a million dollars every year. They don’t even know we exist."

The business owner said this wasn’t the first time water breached the canal. He added that businesses and homeowners continue to pay the price.

City officials say there isn’t a great immediate solution. They have money to build a retention pond, and they are in the process, but they say it would have only helped, not prevented Wednesday’s flood.