ALBUQUERQUE, N.M. — A controversial gun control bill that would make it a crime to build a “ghost gun” passed its first committee Tuesday with a 3-2 vote.

House Bill 166 would make it a misdemeanor for people to manufacture a gun without a license in New Mexico. The legislation is trying to focus specially on “ghost guns”, which are untraceable guns without serial numbers that can be made or 3-D printed from home.

"Anyone with code or instruction, a three-dimensional printer may do this today, including minors, felons, sex offenders or others that would otherwise be prohibited from owning, possessing, selling or buying a firearm,” said bill sponsor Rep. Tara L. Lujan (D-District 48).

During the committee meeting, lawmakers conducted a virtual poll for the public. The results showed that more people opposed the bill.

Supporters of the bill included the group Moms Demand Action. They said they believe ghost guns are the fastest growing gun safety problem in recent years. 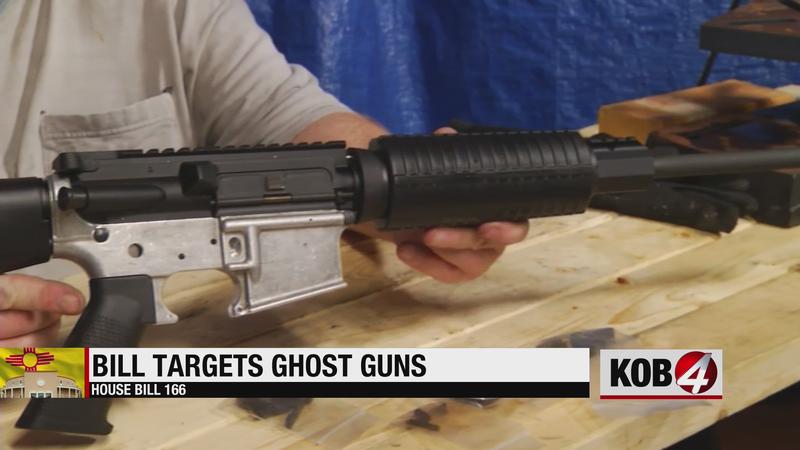 "New Mexico needs to get out ahead of this problem by passing House bill 166 to help make all New Mexicans safer,” said one speaker.

However, opponents of the bill argue that it infringes on people’s right to bear arms, and would make criminals out of law-abiding citizens like hobbyists who build guns at home.

"This legislation is a disaster. This legislation continues to infringe on our rights. And furthermore, it creates kind of an eerie feeling that this is actually going to try and do something that will protect New Mexicans,” said a public commenter.

The bill now heads to its second House committee.