City of Albuquerque ready to welcome back professional sports

ALBUQUERQUE, N.M.- The City of Albuquerque is excited to see the return on professional sports.

They can be played in the city as long as Bernalillo County remains in at least the Yellow level of restrictions.

The Isotopes will kick off their season at Isotopes Park in April. New Mexico United plans to be on the field in May.

"This hasn’t been used in, I think, almost exactly a year," Mayor Tim Keller said. "For us, we now have a path forward."

Under the current COVID-19 restrictions, counties in yellow can have 25% capacity in the stands.

"If the question is can we make money here at 25%, the answer is absolutely no. We can’t," said Peter Trevisani, owner of New Mexico United. "But you know, New Mexico United has never been just about balance sheets and profits. As the mayor alluded to, we need to come back together. And we need to bring people together, and so we need to put dollars and cents aside for a little bit."

As they prepare for what that COVID-safe atmosphere will look like, city officials say they are also preparing– and hoping for the opening of other venues. 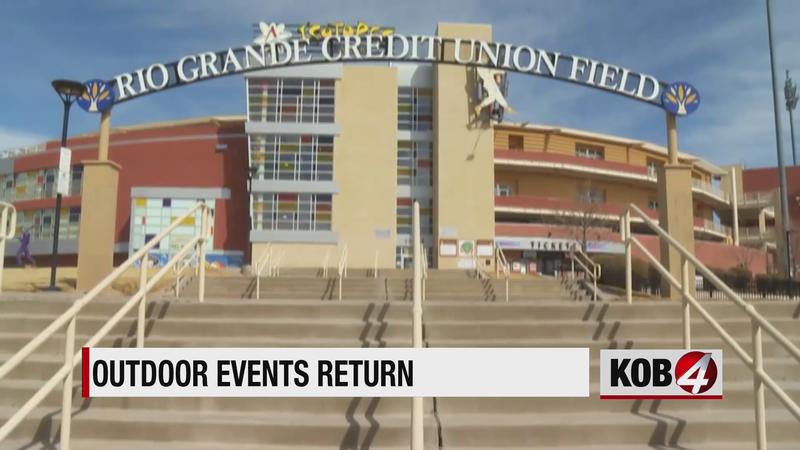 "Green and Turquoise really allows us to start opening up performance venues at the city but also our smaller concert venues, and smaller performance spaces," said Dr. Shelle Sanchez, director of the Arts and Culture Department.