Community rallies behind 3 people who discovered baby in dumpster

HOBBS, N.M. – The three New Mexicans who rescued a baby from a dumpster didn’t know their heroic actions would now be on display for the world to see.

"The two men and woman at the scene were identified as Michael Green, Hector Jasso and April Nutall. Their collective quick response to this emergency, including their 911 call, was absolutely pivotal in saving this baby’s life," said Hobbs Interim Police Chief August Fons.

"We went by that dumpster and we decided to look into the dumpster for stuff that people throw away that we could use, goodies, and that’s why we found him," Jesso told KOB 4.

The three had no idea their actions would rally a whole community behind them. An outpouring of support for the baby and the heroes has spread across social media.

Kimberly Fields has organized multiple GoFundMe campaigns to give back to the heroes. 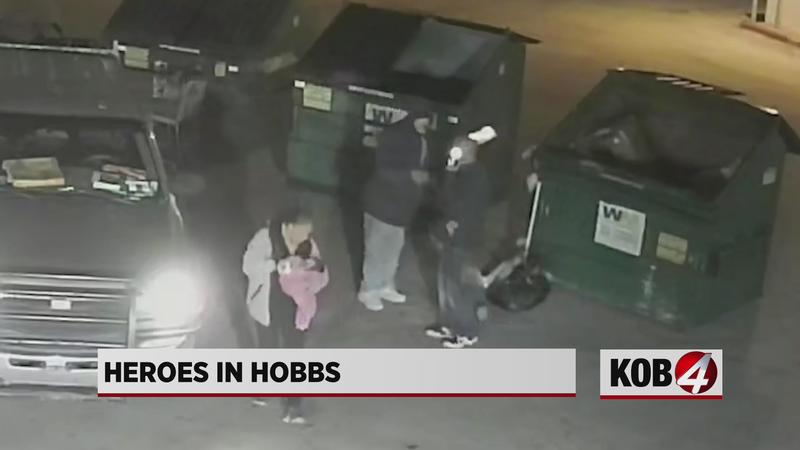 "Mr. Green is currently without a residence and our goal is to buy him a camper, that way he’ll always have it," Fields said.