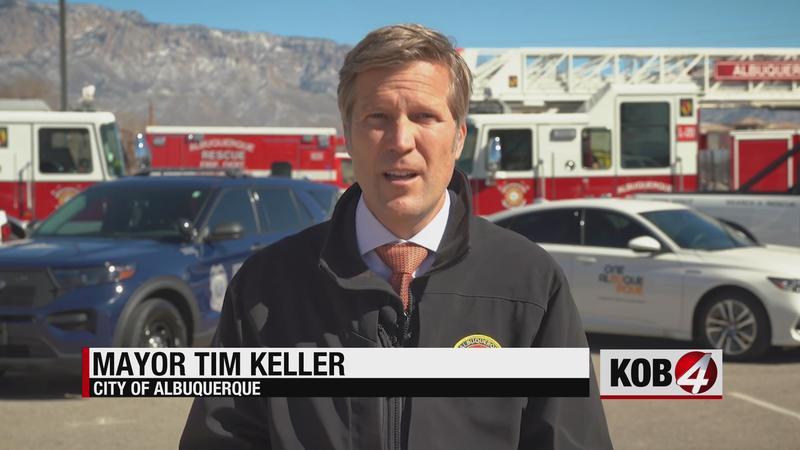 “As a retired law enforcement officer, I know it is incumbent to everyone that the law has to be applied to everyone equally,” said Jason Katz, chairman of the Retired Law Enforcement Officers Measure Finance Committee.

In the complaint, an Albuquerque firefighter, Shawn McDonald, signed an affadavit attesting to the campaign violations.

McDonald said that while he was on duty with the Albuquerque Fire Department on June 1, the AFR Union President (IAFF Local 244) visited the station and "discussed contract matters, negotiations and the mayoral election."

According to McDonald, the union president asked people to sign Keller’s $5 donation cards, prompting someone to ask, "What is this $5 deal? You didn’t say anything about five bucks."

McDonald said that the union president told everyone at the meeting, "I got that, don’t worry about it. It’s too hard for me to go around and ask people to sign this and donate five dollars. I only have three books. It’s a hundred and fifty bucks, and I’m going to cover it for all the guys who want to sign it."

At this point, McDonald said he spoke up and said, "You’re not allowed to do that." He said the room then went silent, but people continued to review the donation cards. McDonald did not have an estimate on how many cards were signed.

In the complaint filed, Katz stated he was "not able to attach all possible evidence of violations, only a portion of the documents submitted by the Keller campaign."

A spokesperson for Keller’s campaign shared the following statement:

"In general, this is theatrics. There is no equivalency between the widespread fraud and admitted forgery by Manny Gonzales campaign and our campaign. If the allegation against Mr. Cheney is true, we strongly condemn it, and we had nothing to do with it. The remainder of Mr. Katz’ complaint is nothing but a cheap PR stunt."