ALBUQUERQUE, N.M. — New Mexico teachers are getting a big pay raise, but now some of the state’s schools are worried about those raises straining their budgets.

During the last legislative session, state lawmakers approved a $10,000 bump in base pay for teachers based on their level.

"The critique is just not enough money has gone into the system to be able to accommodate this,” said Matthew Pahl, executive director of Public Charter Schools of New Mexico.

He spoke to the Public Education Commission on Thursday about the impact the upcoming teacher raises will have on school budgets.

"We have some teachers that are going to get a 40-50% salary bump,” Pahl said. ”How amazing is that? It really is amazing. It just isn’t calculated for in the budget. So we have something that we all agree is a good thing, that teachers are getting paid more, but we’re stuck making some difficult decisions."

Three leaders from charter schools in New Mexico told the commission they may have to cut programs and even staff positions to afford the salary increases.

"I’m very excited that legislators and the PED recognized that we needed to have a significant increase in pay and I don’t want to be negating that incredible effort to get our salaries up,” said Eric Ahner, executive director of the J. Paul Taylor Academy. “But we look at what it means in operation and it means we’re going to scale back what we’re doing." 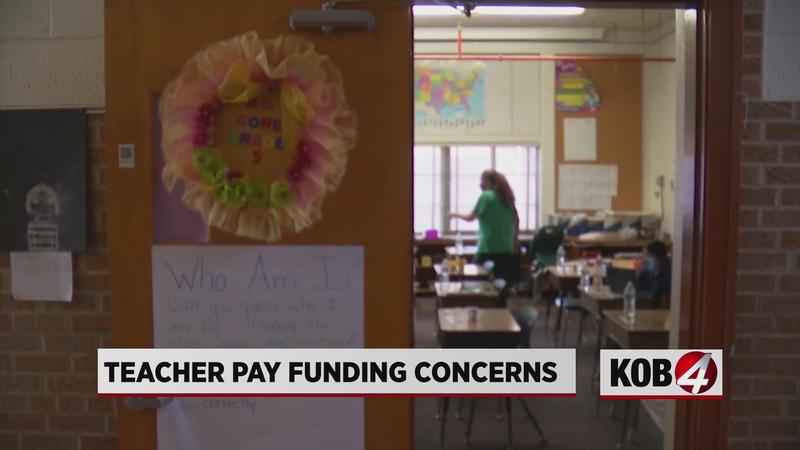 "The budget is just not going to be enough,” said Kimberly Ritterhouse, school administrator at Red River Valley Charter School. “I’ve already looked ahead. I’m going to have to cut our reading interventionist because I need classroom teachers."

Some of the public education commissioners also blasted state lawmakers for what they called an unfunded mandate, or teacher raises without the necessary state funding.

"We shouldn’t be in this situation, especially with the state in general having more revenue,” said the commission’s chair, Rebekka Burt. “We’re not in a budget deficit. We’re not cutting. So why are our schools cutting? It just doesn’t make sense."

"I think it’s abhorrent that they planned all of this and didn’t plan to pay for it,” said Carrillo. “I think it just makes me crazy. They always do that and I’m thinking of an editorial that I’d love to write just saying like, what, are ya’ll stupid? You say you’re going to do all of this for our teachers and you go home thinking about how great you are and then you don’t write the check? No, that’s not how the world works."

KOB 4 reached out to Gov. Michelle Lujan Grisham’s office for a response to their concerns, since the governor spearheaded the teacher raises.

“The state is delivering record funds to school districts for the purpose of better educator compensation – the budget enacted last month included $77 million for increased teacher salary minimums and over $190 million for 7 percent raises and a minimum $15/hour wage for all public education staff,” Nora Meyers Sackett, a spokesperson for the governor, said in an email. “That is funding that is allocated directly to school districts for educator compensation – of course, the districts have spending discretion in how they use the funding allocated to them and how they negotiate their contracts, but the state has delivered the appropriate funding for the purpose of better educator compensation, something all New Mexicans agree is critically important.”