ALBUQUERQUE, N.M. – An 8-year-old girl can add the titles of "author" and "illustrator" to her resume.

Ashley Torres wrote "The Bear and Winter," a children’s book that began when she was 7 and was asked to draw something in the woods for her art class.

"It inspired me because it was close to a bear," Ashley said of the first of many drawings she did. "I had lots of paper and colors… I thought in my head, write a book."

The story of Sarah, the bear cub, staying awake for her first winter was born out of Ashley’s drawings. Ashley’s mom, Alicia Torres, helped string together Ashley’s ideas and worked with her to produce the story.

"I just want her to know that she can do anything she puts her mind to," said Alicia. 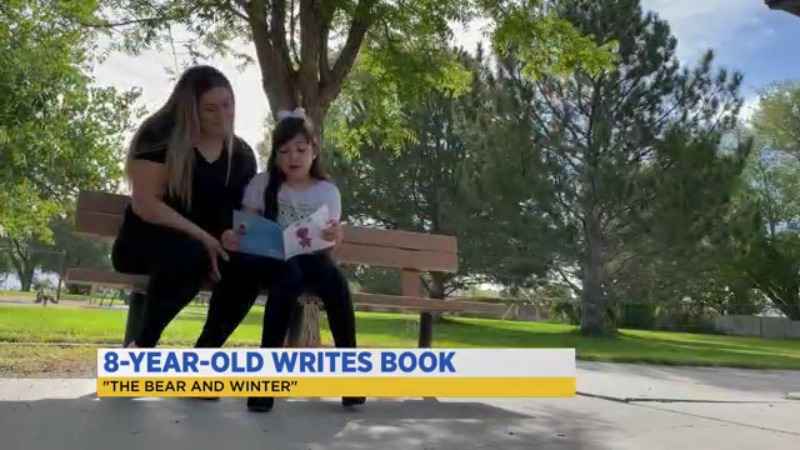 Ashley expressed interest in sharing the book with other kids so Alicia encouraged her daughter to publish it.

"In her mind, we could probably make copies you know on paper but I’m like, no we can actually get your book published. She’s like, ‘Really?’ and I’m like, ‘Yeah’," Alicia recalled.

Now, "The Bear and Winter" is published and can be found on Amazon and Apple Books and in Barnes and Noble and Target.

Ashley hopes this book will be the first of more in the future.

"I kind of had this idea where Sarah meets friends in the spring," Ashley said.

In the future, Ashley hopes to produce more books – including a book where Sarah meets friends in the spring – and to become a zookeeper when she grows up.