His funeral was held at Lordsburg High School Friday afternoon, where he was a star about 10 years ago.

Marco Valle helped everyone understand who New Mexico lost when a man shot him during a traffic stop.

"Darian never feared anything and always gave it his all," Valle said. "He was the kind of person you wanted by your side in case something went wrong.”

Valle also read words from Jarrott’s sister during the funeral. 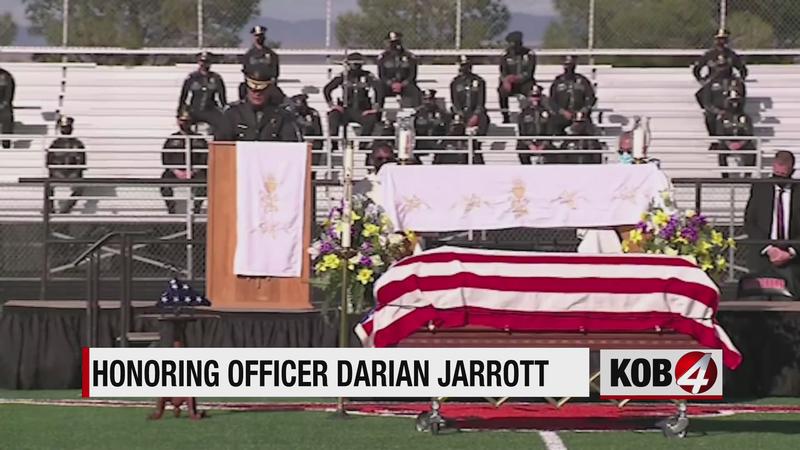 "If we learned anything from this, it’s to be more like him, smile for a picture, always hug each other and say ‘I love you,’” Valle said.

Department leadership talked about the impact of Jarrott’s loss.

"This is a sacred and special moment where we can let tears flow, let laughter heal, where we can share stories and begin the journey of turning those stories into memories," said NMSP Deputy Chief Carolyn Huynh.

Jarrott was given full honors with bag pipes, leading his American flag-draped casket off the field.

His body was laid to rest at a nearby cemetery.