ALBUQUERQUE, N.M. – Family and friends of 16-year-old Thomas Nunn are still waiting for justice after he was found dead in the mesa in southwest Albuquerque. According to the Bernalillo County Sheriff’s office, he was shot and killed.

Last month, BCSO identified one of the suspects, but another suspect could still be out there.

Now, there’s a push from the motorcycle community to keep this case a priority. Nunn was a junior board member with the New Mexico Motorcycle Rights Organization. They’re reaching out to the district attorney’s office to keep this case on its radar for prosecution, knowing there’s still work to be done.

It was back in January when BCSO discovered 16-year-old Thomas Nunn dead. Court documents allege he went out there to shoot guns with three other guys when a gun was turned on him. His stuff was stolen and his body was left out there.

"There’s a saying in the motorcycle community that betrayal never comes from a stranger so they may have been friends or acquaintances, we’re not too sure on that, but the planning that was involved from the three individuals it was just horrific that they planned this ahead of time," said Raymond Gallegos, chair of the New Mexico Motorcycle Rights Organization.

"He was fun-loving," he said. "He was a go-to person. He was trusted. Someone that they felt safe with and was a good friend and a good brother."

According to an arrest warrant, BCSO deputies believe 20-year-old Christopher Byers was involved. A second suspect, Elias Acuna, recently died in a possible accidental shooting. But they believe there could be a third suspect that’s still out there.

So, before it even reaches the District Attorney’s Office, Gallegos said he wrote a letter and sent it to DA Raúl Torrez. He is making a plea, that when the time comes, justice will be served.

"We want to make sure that we’re represented and that they know we’re expecting justice in this is case," said Gallegos. "It’s another case adding violence to this community and we need to do that."

The case against Byers hasn’t progressed because he is apparently still recovering from a different shooting in the hospital. He will be booked and charged upon recovery.

A spokesperson for BCSO said they are looking into whether or not they have additional information on that third suspect. 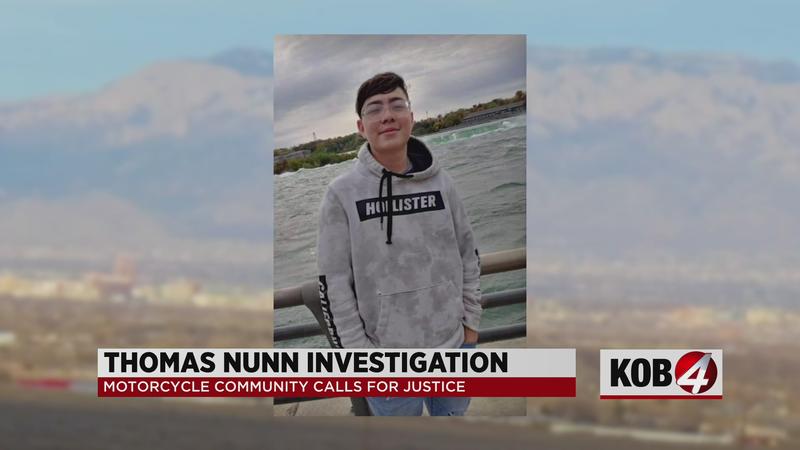