ALBUQUERQUE, N.M. — A family who attended New Mexico United’s latest home game over the weekend is speaking out after witnessing racist conduct coming from the stands.

"The first time everyone was pretty excited and happy and cheerful, which was a pretty positive environment I’d say,” said 14-year-old Sierra Galvan, an attendee. "But, if that was my first game, I’d probably tell my parents I’d never want to go again."

That’s because Sierra and her family said they were the ones that reported racial abuse coming from a fan who was sitting behind them in the picnic pavilion.

"Saying things in Spanish too, some derogatory things. But really just signaling the Black player out from the team, calling him Freddy Adu every single time he got the ball,” said Kimberly Galvan.

Freddy Adu is a Ghana-born American soccer prodigy, but the Galvans said the way the fan said it during the game was meant as no compliment. 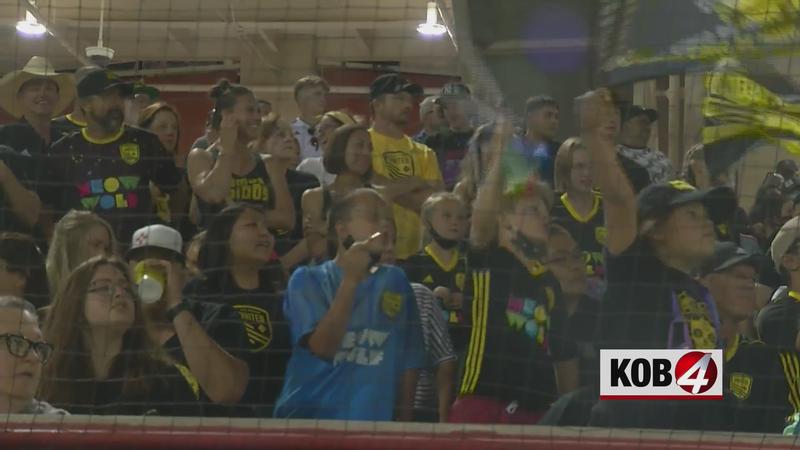 "But he went too far and he made it about his race,” Kimberly added. “It was very clearly about his race and it made it uncomfortable for all of us and we had to explain to the kids what was going on, and why this man was saying this."

The opposing player also reported the racial abuse to the United Soccer League (USL), which they said they’re investigating.

However, Kimberly said she was less than satisfied with the game day response.

"When we reported the behavior, it took the whole game for somebody to come over,” she said. "You know the guy was trying to deny what was said and downplay it. So members of our group were like, ‘No, he was being racist, just super racist the whole game. There’s nothing you can say.’ And security’s exact words were, ‘What? Are you experts on racism now?’ They allowed him to stay."

Kimberly said she’s aware that heckling is part of the culture around sports, but this fan took things too far.

“I do understand at sporting events there is going to be a level of heckling and jeering. But I think when you go a step further and you make it about a person’s race, about their gender, about their appearance, about their disabilities, anything like that—you really cross the line,” she said.

The Galvans said the incident won’t keep them from future games.

"I hope that they can respond to this in a way that’s prevented from happening. I could see how other families— if this was their first experience—might not want to come back because it was pretty poorly handled all the way around,” Kimberly said.

Officials with New Mexico United said previously that they’d ban any fan for bringing hate into the stands.