ALBUQUERQUE, N.M.- The $5 pet adoptions were a hit at the Farmington Animal Shelter.

"We had 21 cats adopted which was our entire available cat population at the time, and we had 55 dogs adopted and one rabbit,” said Stacie Voss, animal shelter welfare director.

The $5 adoptions were possible because of a partnership between the Farmington Animal Shelter and the Bissell Pet Foundation.

“It’s just an opportunity to get animals in good homes and to clear up some cage space for the incoming animals because it never slows down this time of year," Voss said.

Despite the success of the event, the shelter is not in the clear. 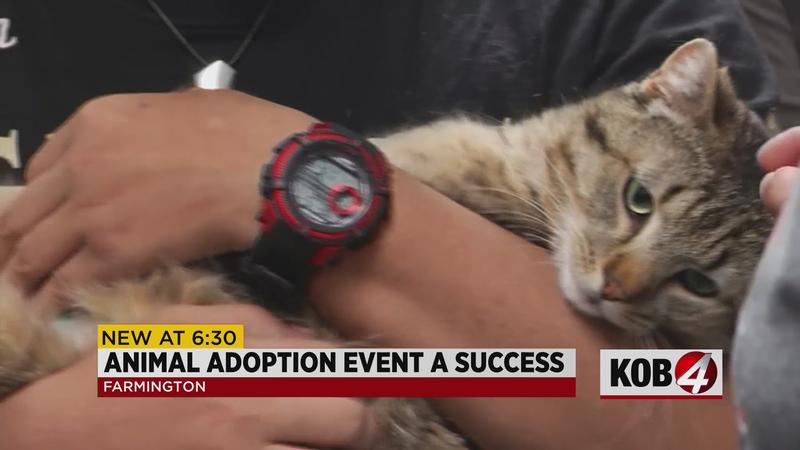 Some of those animals are ready and jumping at the chance to be adopted, but there’s also a need for fostering animals.

"We actually have almost 90 animals in foster right now, but we have an additional 50 in the building that need to go to foster," Voss said. "So often times these are animals that are too young to go up for adoption."