FARMINGTON, N.M. – Farmington police are investigating a string of burglaries that all took place in the span of one night. Police may have an idea of who is behind this.

The crime spree on the night of Jan. 11 started with a report of a stolen car.

“It was a report of a stolen vehicle from the Fairfield Inn parking lot,” said Nicole Brown, Farmington Police Department spokesperson.

The night did not end there. Eight businesses were also broken into, ranging from convenience stores to auto dealerships, including an Enterprise Rent-A-Car. Police say the thieves did more than just break and enter.

"Keys and two vehicles parked at the businesses were also taken," said Brown.

The suspects were caught on surveillance video at one of their stops. In screengrabs, three people can be seen.

The night of crime ended with a total of three stolen cars, a stolen ATM, and damage to windows and glass doors at several of those businesses.

Now, police are asking for help to catch these suspects.

"We just ask everyone to be really alert to any suspicious activity at any businesses that are outside of business hours and to report that to police immediately. And then, of course, all local businesses to lock away their keys to any vehicles or additional buildings and make sure your security cameras are working," Brown said.

The car that was stolen from the Fairfield Inn was recovered by the sheriff’s department, but the two others remain missing. Anyone with information is asked to contact police. 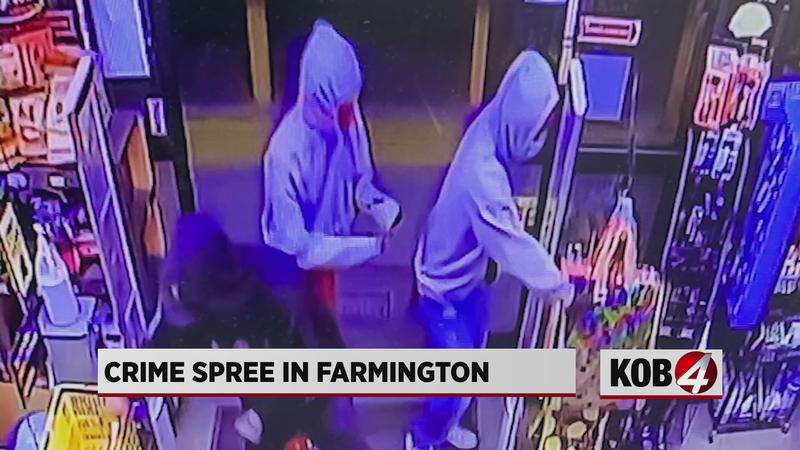