FARMINGTON, N.M.—A teacher at Farmington High School reached a major milestone Monday. Gerald Bonds has taught around 7,000 students in the span of 59 years, and recently signed his 60th teaching contract. He also has no plans to retire just yet.

“Until the day I walk out of here I’ll keep trying the best I can to try to help the kids because I want them to be more successful than I have,” said Bonds.

Bonds said he never thought he’d make it through 60 years of teaching.

However, many would disagree. On Monday, district officials, current and former Farmington High School staff, and family joined Mr. Bonds in celebrating the milestone. 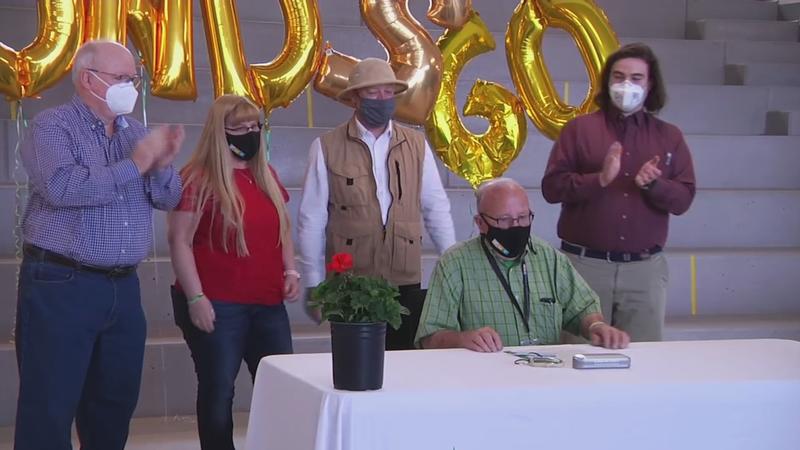 It is believed that Mr. Bonds is the longest serving teacher in the state. You can say he’s seen it all—even teaching through a pandemic.

While he said he doesn’t know what’s next, it’s clear that he has left an impact on his school.