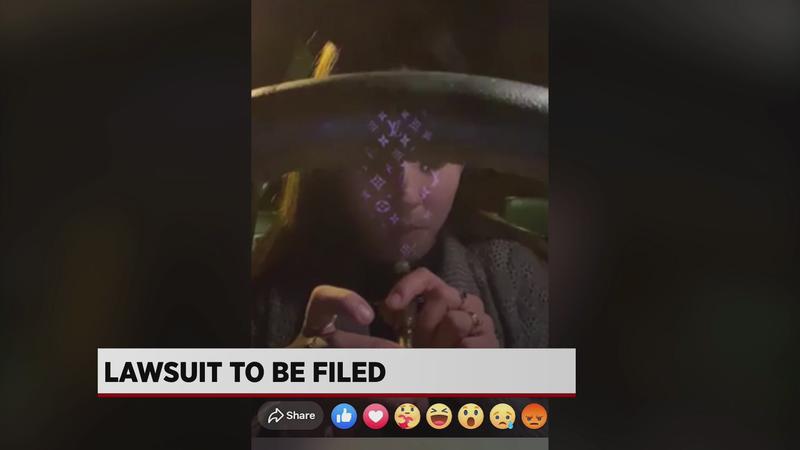 ALBUQUERQUE, N.M. —The father of a seven-year-old girl who was killed in a drunk driving crash at the hands of her mother said his daughter’s death should have never happened.

An attorney who represents the father of seven-year-old Amariah Moya said both APD and the New Mexico Children, Youth and Families Department (CYFD) were notified of similar incidents before the deadly crash. Now they’re working on filing a wrongful death lawsuit aimed at both agencies.

Amariah and one other child were killed when Amariah’s mother, Alexis Martinez, lost control of their vehicle and crashed on I-25 in March. Martinez, her friend Danielle Ortiz, and their other two children were also seriously injured in the crash.

According to court documents, Martinez was driving under the influence.

“He heard about an accident in New Mexico where a child had died in the car with a drunk mother. He didn’t even know information, as far as the names yet— he knew it was his daughter. Come to find out it was his daughter. This was preventable,” said Adam Oakey, an attorney representing Joseph Moya.

Oakey said a video livestreamed on Martinez’s social media back in November shows her smoking while getting ready. A short time later, she’s seen taking a shot in front of her daughter Amariah.

“They were put on notice about five months ago through a Facebook livestream by mother where she was literally smoking weed, doing what they call dabs, drinking alcohol, jumping into the car with daughter in the car,” Oakey said.

On one occasion, Martinez continued her Facebook livestream while she was in the car with two small children. Oakey also said Joseph Moya notified CYFD about similar videos both five months and four days prior to the crash.

“Once the first video came out, a full investigation should have been launched, and they should have looked into it,” said Josh Alt, an associate attorney.

Alt said they’re currently putting together an exact timeline that details what did and did not happen with APD and CYFD.

The wrongful death lawsuit could involve monetary damages, but Oakey said it’s more so aimed at policies and procedures that may not have gone far enough.

“He had a trip planned to come see his daughter for Easter. That same trip, he didn’t have to cancel the plans, he just came to bury his daughter,” Oakey added.

First and foremost, our thoughts are with Amariah’s father during this difficult time. The loss of a child is a terrible thing, no matter what the circumstances. While we share the pain of her father’s loss, however, it would be inappropriate for us to comment further about this ongoing matter. Finding justice for the loss of such a beautiful and young life is paramount, that is why the confidentiality laws exist that restrict disclosure of information until the investigation is complete.

KOB 4 reached out to APD in regard to these allegations, but they have yet to respond.