ALBUQUERQUE, N.M. – An Albuquerque ordinance aimed at preventing pedestrian deaths – by stopping homeless people and panhandlers from standing on medians or on the side of the highway – was just ruled unconstitutional by the Tenth Circuit Court of Appeals in Colorado.

But it’s a problem in New Mexico, the state currently ranks the worst state in the country for pedestrian deaths. In fact, Albuquerque police say there have been 30 pedestrian deaths this year and one of the reasons why is homelessness.

Other cities have similar ordinances in place that are constitutional, so what makes New Mexico’s different?

The court outlined their decision in a 110-page ruling, saying while the goal of the ordinance was to stop deaths and injuries from happening, it violated people’s First Amendment rights.

In the city of Albuquerque, panhandlers stand on the median or right next to the interstate off ramps asking for money, and some are comfortable with getting onto the road — which has led to pedestrians getting injured or killed. That’s one of the reasons why in 2017, the Albuquerque City Council passed an ordinance preventing pedestrians from standing medians, highway on or off ramps, and even talking with drivers.

"Their argument all along was this ordinance is designed to protect pedestrian safeways."

"They are explaining to the city of Albuquerque you fell far short on what your goal is."

UNM Law Professor Josh Kastenberg told KOB 4, despite other cities having similar ordinances, the circuit’s 110-page ruling made it clear that Albuquerque didn’t provide enough evidence of how this ordinance would protect the community.

"This was trying to confine activities or remove activities from areas of major traffic congestion. But nonetheless, Albuquerque didn’t have the data to back that rule,” said Kastenberg.

He said, the crux of this case, is a freedom of speech issue.

"It’s a free speech decision that applies to all of us and if you look at it through that lens then the Tenth Circuit is protecting free speech for all and not a select group of people targeted by the ordinance."

The city can appeal this decision and try to take it to the supreme court, but Kastenberg says, “Frankly, I think that the city of Albuquerque has to start from square one again."

KOB 4 did reach out to the city of Albuquerque for comment on the court’s ruling and spokesperson send the following statement:

"We’re exploring our own measures, like mobile speed enforcement, targeted road improvement projects, and more from the Vision Zero Action Plan, to make our streets safer for everyone."

They did not comment on if they would plan to appeal the court’s decision or start a new ordinance, with the data the court said was missing. 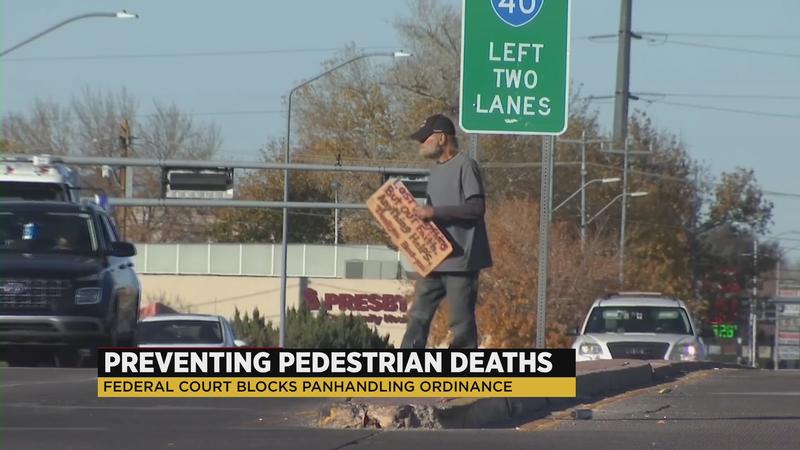