GRANTS, N.M. – Marijuana use is becoming more widely accepted – but for decades there’s been one powerful opponent: the federal government. It is still classified as a Schedule 1 drug, meaning the feds view it like they view cocaine, heroin and meth.

But, now marijuana is moving into a class of its own because federal officials are finally allowing cannabis to be researched. Politicians and Bright Green Corporation came together in Grants, New Mexico where they will be growing a different type of green because they are breaking ground on a very unique facility.

"We are one of three, in the United States of America, that are federally legal to handle Schedule 1 drugs,” said Terry Rafih, chairman of Bright Green Corporation.

Bright Green Corp., a Canadian company, said they’re now at the forefront of unlocking the mysteries of marijuana.

"We chose Grants, New Mexico because of the climate," Rafih said.

They have some lofty ambitions.

“If you look at the number of people that are dependent on opioids for many different pains and ailments that we deal with, the product that we are going to be producing out of here and the patents that we have – hopefully – we’re hoping it will eliminate, eventually, opioids. That is our goal,” Rafih said.

The bones of a greenhouse have already been built, but that’s just the start because the whole facility will soon be a 115-acre research and manufacturing cannabis plant. With more than 100 employees, they said it’s worth more than $300 million in investments, however, some locals still have some concerns.

"They haven’t even talked to anybody in the city of Grants until today. And that makes me very nervous,” said Martin Hicks, mayor of Grants.

Hicks, known to be outspoken, had some reservations.

Rafih said the recyclable water system will ultimately use less water than the neighboring city golf course. He also said that initially there will be over 400 local jobs needed for construction.

"Am I against this project? No. We need jobs, we need everything that goes along with it. But, I do have a lot of concerns that need to be answered,” said Hicks.

"If we do all the things we say we’re going to do, and we have every intention of doing so, then it should be a long, long-term play,” said Rafih. 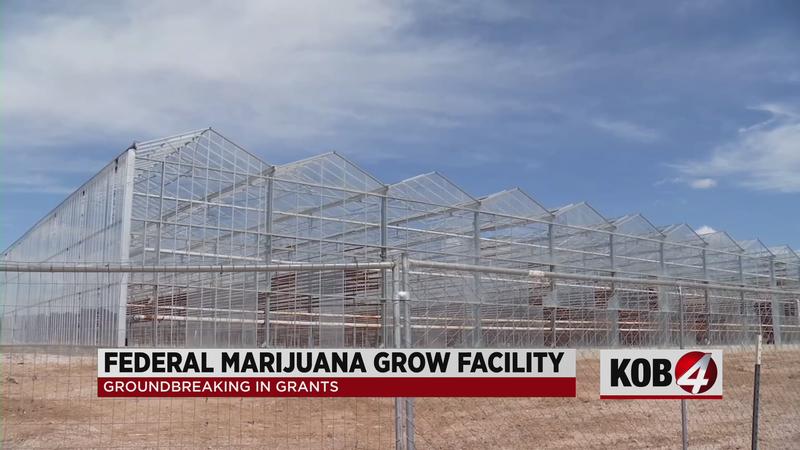