ALBUQUERQUE, N.M. – New Mexico has been in a drought for a long time, the state didn’t have a lot of water to begin with this year. Now, what little we do have is being used to help control multiple fast-moving and incredibly destructive wildfires.

KOB 4 talked to a fire official who says crews are very carefully handling this precious resource.

"Private ponds, we’ve used the City of Las Vegas Bradner reservoir, and there are some other sources around this very large fire that we’re using," said Andy Lyon, Southwest Incident Management spokesperson.

Fire crews have taken advantage of every local resource available to them to get a handle on the state’s wildfires this year. But how much is too much? The state was already dangerously dry going into this year and now five months later, firefighters have used millions of gallons of water.

“We use it very strategically, and we use it very carefully, because we know it’s a precious resource," said Lyon.

The New Mexico Environment Department and the City of Las Vegas recently asked residents to limit their water, so there’s enough for firefighters.

As of Thursday, crews have pulled nearly a million gallons from Lake Isabel, near Las Vegas, and they say they have no idea how much more they will need.

"Our agreement with the owner is, not to exceed 5 million gallons. So we have used almost 1/5 of what we have contracted to use,” Lyon said. "We have managers at the heli base, at the Las Vegas airport, who are tracking our water uses– our water usage because as I mentioned earlier, we do have contracts for this water so we do have to pay for it."

But officials say it’s worth it to save lives.

"If it’s a choice between water and life, safety, life safety, is going to come first and we’re going to use the water to preserve life," said Lyon. 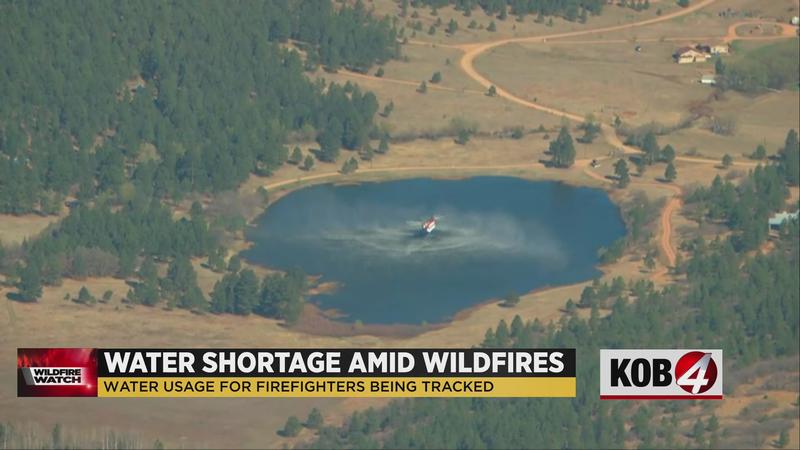