ALBUQUERQUE, N.M. – The Albuquerque International Sunport is already a big hit with passengers, but city leaders know it’s time for a makeover.

"It looks great, we love this airport but under the skin, it has a ton of needs," said Mayor Tim Keller.

In January, Sunport leaders announced plans to rearrange a big portion of the terminal to improve the passenger experience, and now we’re getting a better look at what’s en route.

The big change – the TSA security checkpoint is moving closer to the main entrance, right after the escalators. Once finished, the new screening area will be 24-percent larger, offering more room for queue lines, bag scanners and more.

It will also force some current businesses to relocate, and officials say that’s the point.

Developers are planning to use the old TSA area to make more room for restaurants, businesses, and even some bars. There will be a lot more seating for passengers, and even a spot for live music.

"I don’t think it should be like other airports,” said Jonathan Montoya, Sunport passenger. "I think Albuquerque should have a different airport, but also make it feel like home."

Developers are still in the design process. Construction could start next fall and will take at least 3 years to complete.

Airport leaders say the $85 million project will be completely paid for by airport revenue – no tax dollars needed. 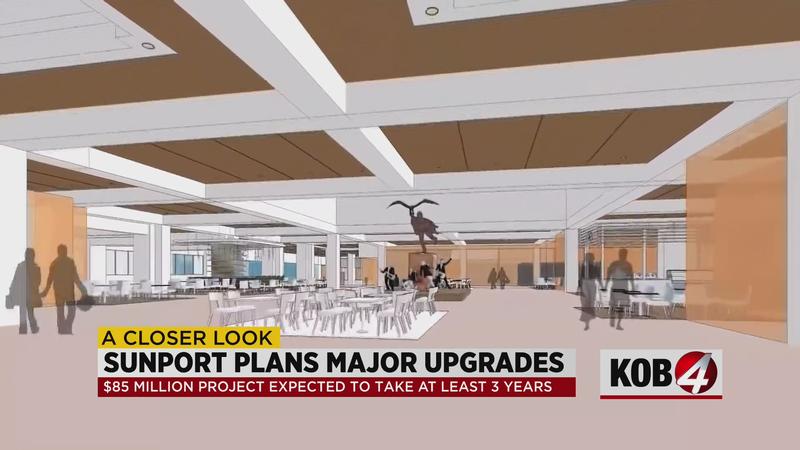