FARMINGTON, N.M.- The family of a 13-year-old girl who has been missing for more than a month is still searching for answers.

Anntonia Gonzalez was last seen on March 30 at a friend’s house in the Four Corners area.

The friend said when she woke up the next morning, Anntonia was gone.

Her clothes and tablet were left behind, but she apparently took her phone.

"We’ve been trying to ping her phone to try to get a location on it, but we haven’t been able to," said Anntonia’s aunt, Dezarea Gonzalez. "Her phone has been off since she’s been missing." 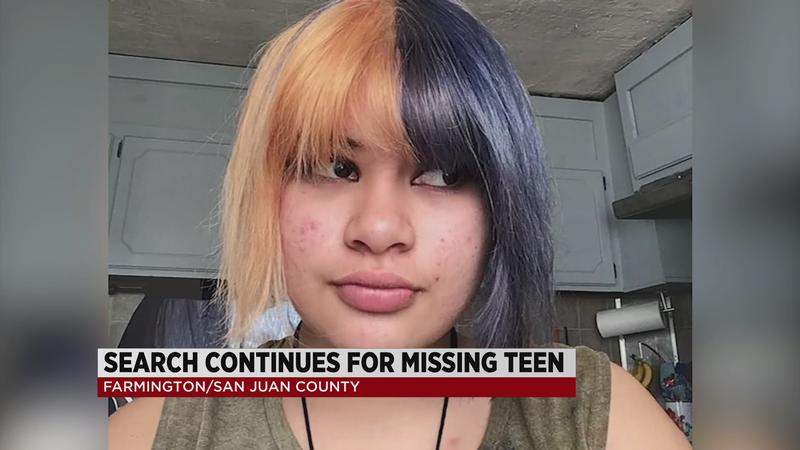 The family filed a missing person report with the Farmington Police Department.

They say it’s unusual for Anntonia to be gone for this long.

"We did have an incident where she did leave her mom’s house. She did try to run away, but she always comes back that same day. She’s only gone for a few hours, kind of thing but never like this," Gonzalez said. "This is not like her, and for Anntonia to leave behind her clothes, you know, if somebody was going to run away, you would think that she would need her clothes."

The family says they believe that she is still somewhere in San Juan County.

The family is encouraging people to keep their eyes out for her.

"She’s 13 years old. Somebody has to know something, someone has had to have seen her," Gonzalez said. "I don’t know if she’s been taken or whoever has her, you know, they need to realize that she’s only 13. She’s just a little girl. She needs to come home."