ALBUQUERQUE, N.M. — Thousands of people have enjoyed the Outpost Ice Arena since it was built in 1986.

"It virtually saved ice sports in New Mexico at that point, because the other rink had closed down," said Chuck Martin.

Chuck said his dad, Bob Martin, was a homebuilder, but when the ice rink on San Mateo and Central was closing – he decided to build his own.

"He found an ice rink out of California, near Disneyland, that had gone out of business and he basically bought everything but the building, used, including the Zamboni," Chuck said.

After Bob built the ice rink, he realized the people that followed meant more to him than building houses. 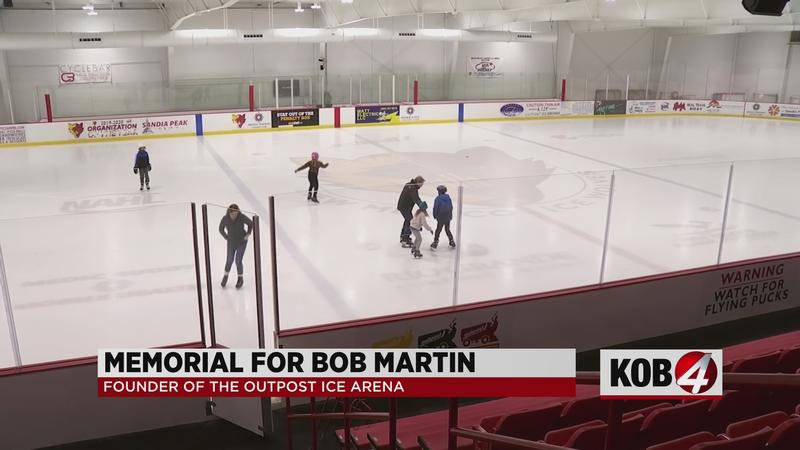 "He was always trying to grow the community around it, he just, I think that just came from him feeling like, you know, his calling was to create this place the families and athletes and friends could go and play sports, play hockey, skate, have fun," Chuck said.

Growing the local hockey community and innovating improvements to the arena became Bob’s life work. Friday would have been his 86th birthday.

Bob died almost exactly one year ago of natural causes.

On Friday, friends and family and those who use the ice arena shared stories and skated to remember the man who made it possible.

"To this day, I’m sure he’s looking down on that rink, every time people are using it, and he’s got a giant smile on his face because it truly was his life’s work," Chuck said