ALBUQUERQUE, N.M. – Residents from Albuquerque’s Glenwood Hills neighborhood tried to get dozens of questions answered by APD about Monday afternoon’s shooting spree in the foothills.

"I want to begin with a moment of silence for the thirty one-year-old daughter of my neighbor and friend,” said neighborhood association president Nick Manole, who is also close friends with Alicia Hall’s parents. Hall was shot and killed on her way home from an appointment Monday afternoon.

"She was most kindhearted, wonderful young lady that you would ever want to meet,” said Manole. “She was spectacular. Actually she was an angel— that’s the only way I can describe her."

Representatives from APD, the mayor’s office, and AFR came to the association’s regularly scheduled monthly meeting to share more details about the investigation.

They believe the suspect, John Dawson Hunter, was suffering from a mental crisis when he started shooting at people near his home.

"That mental health crisis led him to kind of explode, if you will,” explained Lieutenant Ray Del Greco. “That started a chain of events that led to what happened yesterday.

Hunter appeared to live alone, and didn’t have an extensive criminal history.

"Mr. Hunter, again, it wasn’t on our radar. He’s not like he’s not a frequent flier with the criminal justice system."

Officers and neighbors commented on the fact this shooting was the worst kind of outlier- but it isn’t a reason to love the community any less.

"We always felt very safe in this neighborhood,” said James Collins, the Foothills area commander. “And I truly believe you still should. This is kind of an anomalous situation that we ran into."

"We love our neighborhood,” said Nick Manole. “We love where we live. Let’s all pitch in and be the eyes and ears of the police."

Glenwood Hills is the only neighborhood in the city that pays APD for chief’s overtime. Homeowners pay voluntary dues that fund a certain number of four-hour patrol shifts every week. 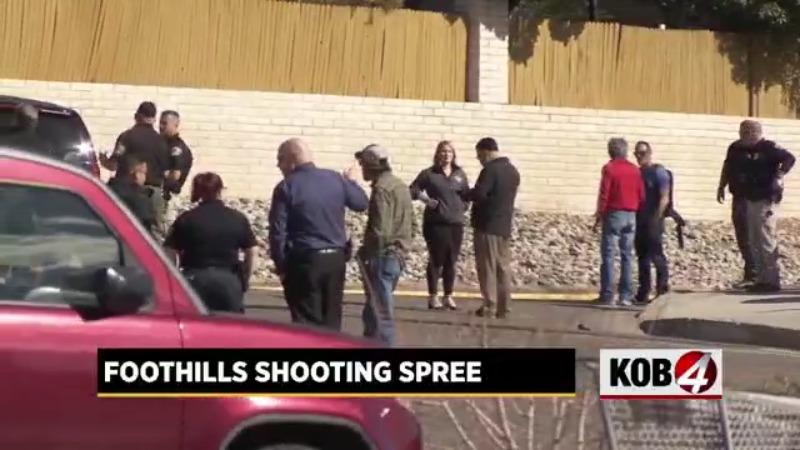