Gov. Lujan Grisham: Next legislative session will focus on crime

ALBUQUERQUE, N.M. — In a one-on-one with Gov. Michelle Lujan Grisham, KOB 4’s Tessa Mentus asked the governor how she plans on addressing the crime crisis in New Mexico.

"You want the safest community – that should be the standard in New Mexico," Lujan Grisham said. "And in addition, Albuquerque and too many other communities in New Mexico are just not safe."

The governor said she is open to any kind of legislative effort that makes a difference in the quality of lives of New Mexicans.

"If that means making us safer, so be be it," Lujan Grisham said.

However, public safety bills have been introduced at the Roundhouse before – most of them by Republican lawmakers representing the metro – and those bills barely make it to a committee. 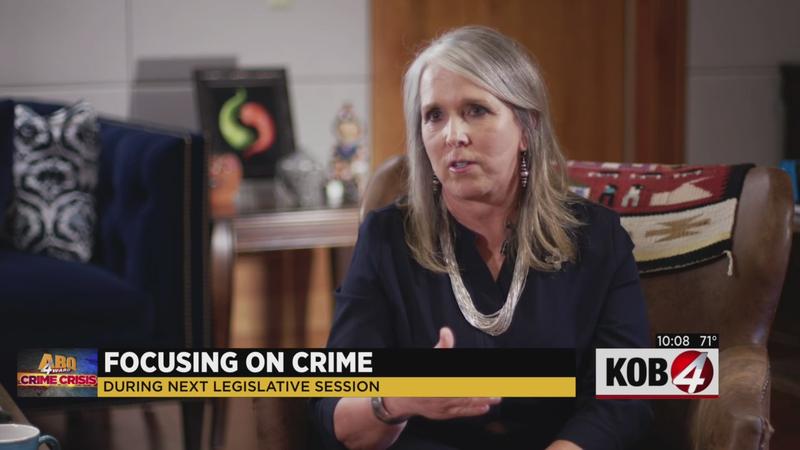 "If I set that tone that this is what I expect, I get it, I’ve got the votes, and I’ve got bipartisan support," Lujan Grisham said. "Let’s make this one count in the same way in the areas that need more attention, like public safety."

The governor said she has specific public safety goals for the upcoming legislative session.

KOB 4 asked the governor: if those public safety bills don’t get passed, would she call a special session just for crime?

Lujan Grisham said special sessions aren’t something she shies away from.

I wasn’t planning on running a story on this interview until the end of the month – but given what’s happened in the last 24 hours, it’s important to get on record regarding what’s apparently in the works to combat #ABQ #crimecrisis. https://t.co/fsBXR2bdX3