Hobbs Heroes: 3 people who found newborn in dumpster speak out

HOBBS, N.M. – A baby boy is still recovering after being found in a dumpster Friday night. His survival is thanks to a group of people who were looking through the dumpster when they heard his cries.

Surveillance video from last Friday showed a woman drive up to dumpsters and toss a trash bag inside. Hobbs police said a newborn was inside. The baby was left for hours in the dumpster before he was found.

Nighttime surveillance showed three people at the dumpsters behind Hobbs’ Broadmoor Mall, where searching for valuables turned into saving the life of a baby.

"The two men and woman at the scene were identified as Michael Green, Hector Jasso and April Nutall. Their collective quick response to this emergency, including their 911 call, was absolutely pivotal in saving this baby’s life," said Hobbs Interim Police Chief August Fons.

Now, KOB 4 is hearing from those good Samaritans as they continue to grapple with what they found.

"And I put him in my arms and I didn’t know what to do after that,” said Nutall.

It is now a night and discovery that now haunts them.

"It’s really f–ing my head up. Every time I start talking about or thinking about him,” Nutall said.

They said the suspect in this case, 18-year-old Alexis Avila, had other options.

"She could have took him to the hospital, took him to a church, and took him somewhere other than throwing him away like a piece of trash." 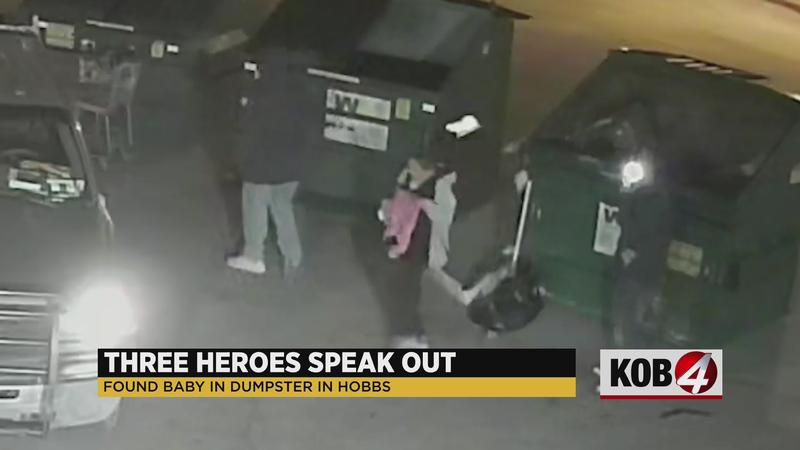