ALBUQUERQUE, N.M. — There’s a new proposal to get some temporary homeless shelters off the ground. Members of the Homeless Coordinating Council are looking to replicate a Denver program.

In a nutshell, the new strategy involves setting up controlled encampments in parking lots. The encampments would include temporary, heated shelters like heavy-duty tents or even small, portable cabins.

"This is a unit that’s heated and cooled," said Debbie O’Malley, Bernalillo County commissioner. "It comes basically ready to plug in, it doesn’t need a foundation, it can be put on a flat surface. They take about 45 minutes to build."

Members of the council estimate it would cost $300,000 for 24 portable shelters, as well as facilities for support services.

However, in order to get the encampments up and running soon, council members said they would likely have to go on church property to get past some of the city’s red tape. 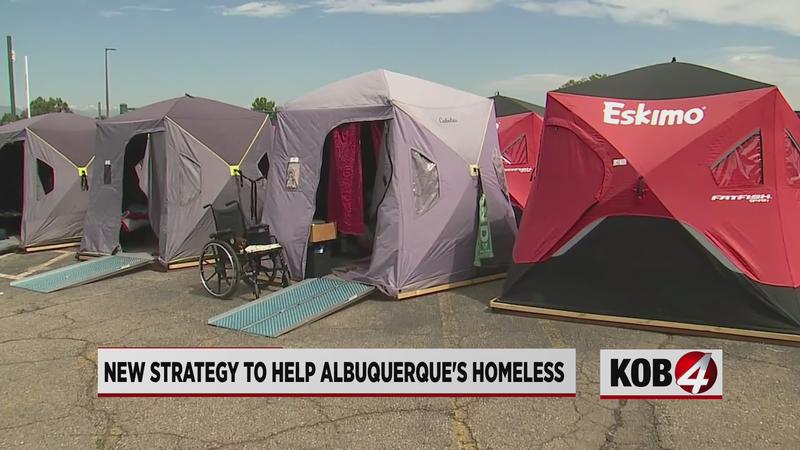 "Where we ran into the law not allowing it, it was setting up, for example, campsites that don’t comply with provisions for the IDO that are specifically pertaining to campsites," said Alan Verla, the interim director of the CABQ Planning Department.

City officials said they can waive some standards in an emergency, but they are requesting permanent changes to the city’s zoning laws to make these encampments possible long term.

"It would probably take, you know, we would be well into the winter before the city council can act," said Ike Benton, Albuquerque city councilor.

Some critics argue the council should focus on bigger solutions, but members of the Homeless Coordinating Council said help is needed now.

The city’s Family and Community Services director said they are working on a contract with the Compassion Center to keep its temporary warming station open 24/7. She also said there is still plenty of room at the West Side Emergency Shelter.