ALBUQUERQUE, N.M. – It’s a problem New Mexico has wrestled with for decades: how to strike a balance between access to emergency cash for people with poor credit and fending off predatory practices by the companies that provide that cash.

This year, there’s a bill that looks to cap what payday or title lending industry lenders can charge for quick cash.

Gov. Michelle Lujan Grisham said this was a priority but she didn’t mention it in the State of the State address and didn’t officially add it to the agenda until Monday afternoon.

New Mexico has more than 500 storefront lending outlets. They typically charge higher interest rates because they’re used to people who often don’t have the best credit. People can see them near native communities, as in Gallup, and also around military bases.

The "Think New Mexico" group, which has had success on a number of reform issues, says New Mexico’s existing 175% interest cap is kind of laughable.

"But still, at 175% we’re finding about 80% of consumers getting caught in a cycle of debt. And they have to refinance these loans over and over and they can never pay them off. So we think they should be brought down to something more reasonable like 36%, which is what Congress has passed," said Fred Nathan with Think New Mexico.

That last bit about Congress is important, because the proposed 36% limit in New Mexico, is the maximum interest rate lenders can charge members of the military.

The bill cleared a key committee last week was set for a floor vote Monday night. 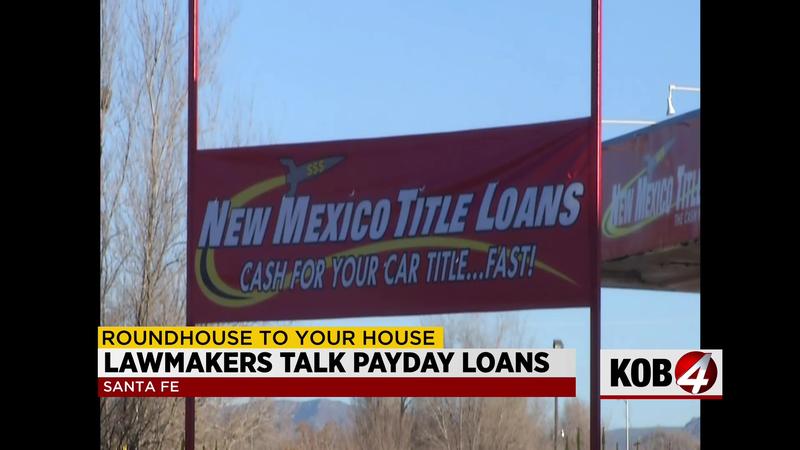