SANTA FE, N.M. – With a few days before the end of the 30-day legislative session, it’s crunch time at the Roundhouse.

One of the bills they passed funds programs to prevent violent crime in the state.

"By a vote of 44 in the affirmative, 20 in the negative, House Bill 96 as amended has passed the House,” said Speaker of the House, Brian Egolf.

After two and a half hours of floor debate – HB 96 passed the House just before 2 a.m. Saturday morning. The bill now heads to the Senate for consideration – with just 5 days left in the session.

“We’re really talking about deterring the use of deadly weapons in retaliation or in drug crimes and so fourth by having a behavioral health approach to the problem," said state Rep. Gail Chasey.

Chasey is sponsoring the bill – known as the Violence Intervention Program Act. It provides grants for the state, counties, cities and tribal governments to fund programs that prevent gun violence and aggravated assaults.The grants will go to areas disproportionately impacted by violent crime.

Chasey pointed to a similar violence intervention program in Albuquerque.

"Since March of 2020 the Albuquerque VIP team has intervened with 210 individuals with the highest risk of engaging in the cycles of violence. 93% of their candidates have not recidivated,” said Chasey.

But during the debate – Republican representatives questioned the bill, saying it should focus on other violent crime besides shootings.

"I read this as an anti-gun bill because we’re only focusing on gun violence and we’re not focusing on the full aspects of what violent crime would be," said state Rep. Stefani Lord.

Track HB 96 during the legislative session. 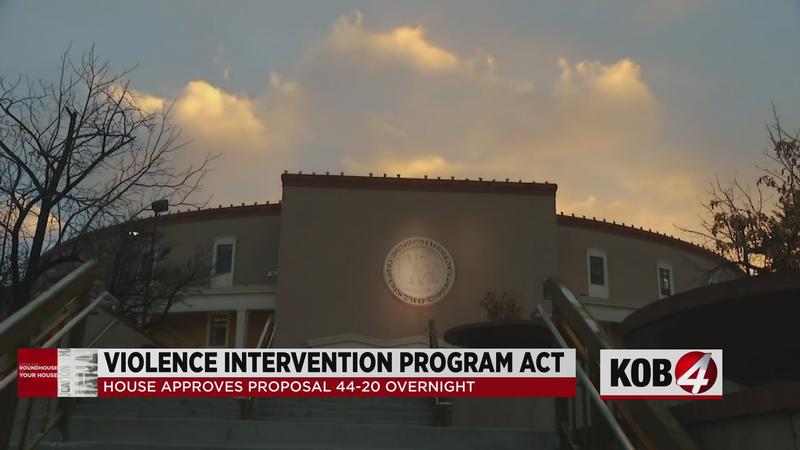