Cell phone video taken by a concertgoer and shared with KOB 4 shows a fight breaking out in the middle of the audience during the Dierks Bentley concert at Isleta Amphitheater.

Another video shows a man on the ground being beaten by other men in the parking lot after the concert.

Deputies arrested 24-year-old Joshua Romero and charged him with aggravated battery in connection with the parking lot attack.

According to a criminal complaint – Romero is one of 3 to 5 men who rushed the victim in the parking lot and "began throwing beer cans, bottles and punching him repeatedly."

Court documents show the victim was beaten so severely he briefly lost consciousness and was bleeding from his head.

The criminal complaint said the victim and witnesses identified Romero as one of the attackers when "several of them pointed out a heavy-set individual with a mullet haircut, walking approximately 100 yards from our location, wearing khaki shorts."

Deputies arrested another man after a different fight during the concert.

Court documents showed 35-year-old Jeremy Lithgow was arrested for battery on a police officer — after he allegedly grabbed a deputy by the vest and shoved the deputy backwards as security was escorting him out of the venue.

KOB 4 reached out to the venue’s management for a comment on the arrests, but have not heard back. 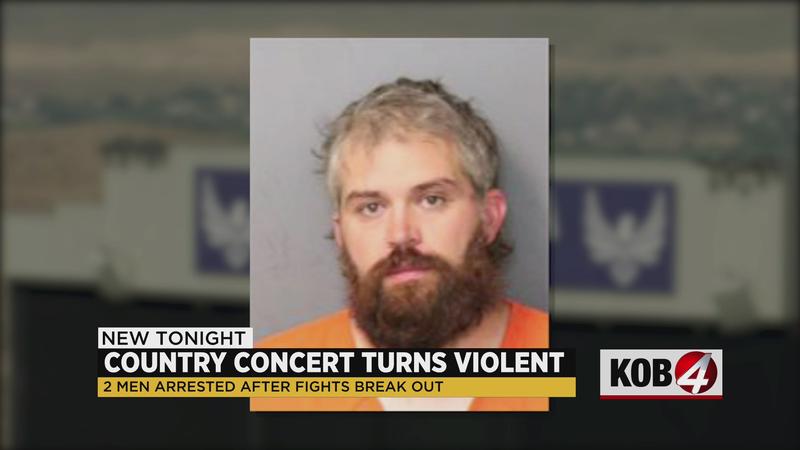