ALBUQUERQUE, N.M. — New Mexico Gov. Michelle Lujan Grisham kicked off the 2022 legislation session with a virtual State of the State address Tuesday – outlining where she wants to see investments made.

The budget this year is expected to be historic. Legislators are working with billions of dollars, provided by the state’s rebounding oil industry.

Here’s the breakdown of the first day:

State of the State address

The governor delivered her 2022 State of the State address live Tuesday afternoon. She outlined her expectations for legislators in a nearly 30-minute speech. To watch, click here. 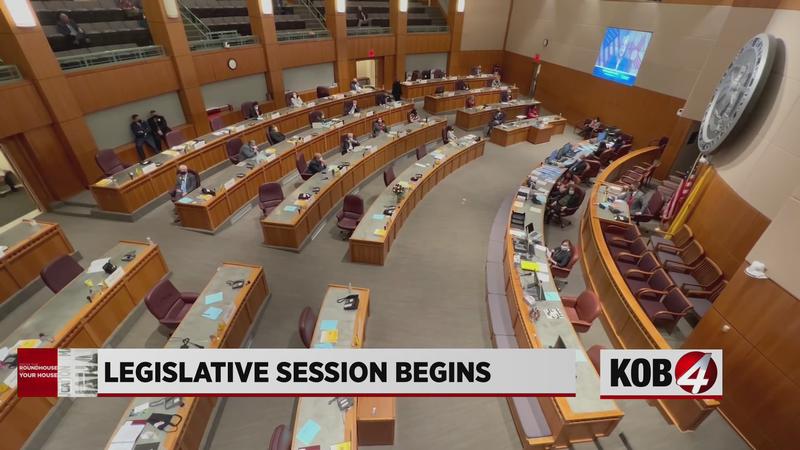 2021 set a new record for the deadliest year in Albuquerque. There were 110 homicides – 114 victims. The governor is counting on bipartisan support to pass several bills, including the following:

Lujan Grisham also wants to focus on the hydrogen industry this session. She wants to see tax incentives for it, and her goal is to use hydrogen to lessen the state’s dependence on the lucrative oil and gas industry.

Last month, a new hydrogen production facility opened in Albuquerque’s North Valley. Just last week, the state signed a deal with Sandia and Los Alamos National Labs to provide assistance to state agencies as they build up the hydrogen industry.

On Tuesday, the House and the Senate put new safety rules in place for the session. Senate Republicans temporarily blocked a move to fast-track those new COVID rules. After they made their point, a number of them stopped wearing masks since it wasn’t technically required, and then left the chambers ahead of the governor’s State of the State address.

In order to go inside the Roundhouse during this session, proof of full vaccination is required, including booster shots. There are some exceptions – in which a negative PCR test within the past 48 hours will be required.

This year, there will be no school field trips, no live performances or exhibits inside the Capitol.

Many committee meetings will be virtual this session.

Here’s how you can engage online: