Lawsuit: Amid staff shortage, MDC employees worry about possibility of a riot

ALBUQUERQUE, N.M. — Is the Metropolitan Detention Center on the verge of losing control of inmates? A new lawsuit claims staffing concerns are leading to worries about a possible riot.

Alexandra Smith is one of the attorneys that said lives are at risk inside MDC.

"When you have inadequate staff, that means you don’t have enough officers to actually be present in each of the units that house prisoners, these pods where they’ll be housed," Smith said. "So there won’t be a guard sitting in there, watching inmates."

The court filing claims MDC is severely understaffed, and "the threat to the security of inmates is dire."

Another recent lawsuit accuses corrections officers at MDC of ignoring an inmate’s pleas for help as his mental health went downhill. Ronny Pacheco’s family attorney said Pacheco had underlying mental health issues and was isolated. He eventually took his own life. 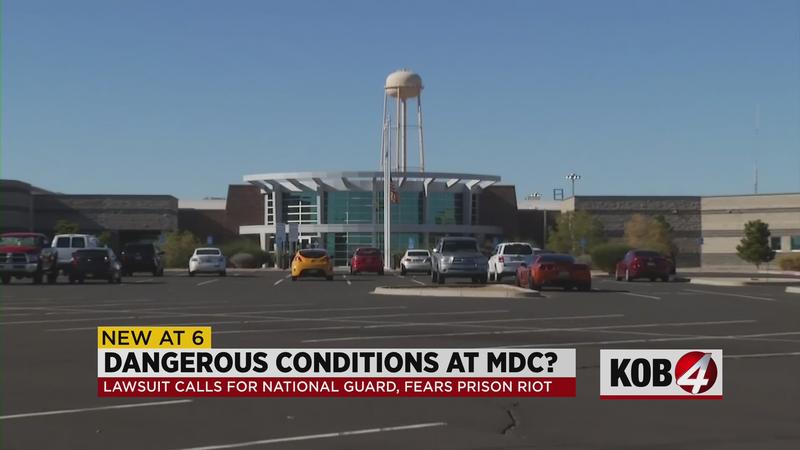 Court documents also show a woman attempted to hang herself, and other inmates have had seizures that went unnoticed.

There was also a murder at MDC in October. According to a criminal complaint, one inmate, Telea Lui, was upset that another inmate, Leon Casiquito, was annoying him by hitting his legs. Investigators said Lui responded by beating Casiquito to death.

"The beating went on for a long time," Smith said. "Other detainees in the pod heard it happening and tried to call for help by pressing their call buttons in their cells, but unfortunately, no one responded to these call buttons."

According to the new court filing, the call buttons have been broken for years and some employees "worry every day about the possibility of a riot or the inmates taking over the jail."

"We’re even asking that, if need be, to send in the National Guard to help this, to help staff this jail, because the conditions have become simply dangerous for everyone there," Smith said.

According to the court filing, they also want to see higher pay and incentives to attract more correctional officers.

MDC officials said they do not comment on pending litigation, but they are understaffed by about 150 officers and offering $2,000 bonuses for new hires.