Lawsuit: Inmate’s in-custody death could have been prevented

ALBUQUERQUE, N.M.- A newly-filed lawsuit claims an inmate died at the Doña Ana County jail because the facility was too cheap to pay for an ambulance.

Video from the jail shows him slump over and fall to the ground.

There is no sound on the video, but the lawsuit states he told jail guards that his pain was a 10 out of 10, and begged for help.

"It seemed apparent from the video, and certainly apparent from the medical records that it was a no-brainer, they should have called 911 immediately," said attorney Matt Coyte, who is representing Garcia’s family. 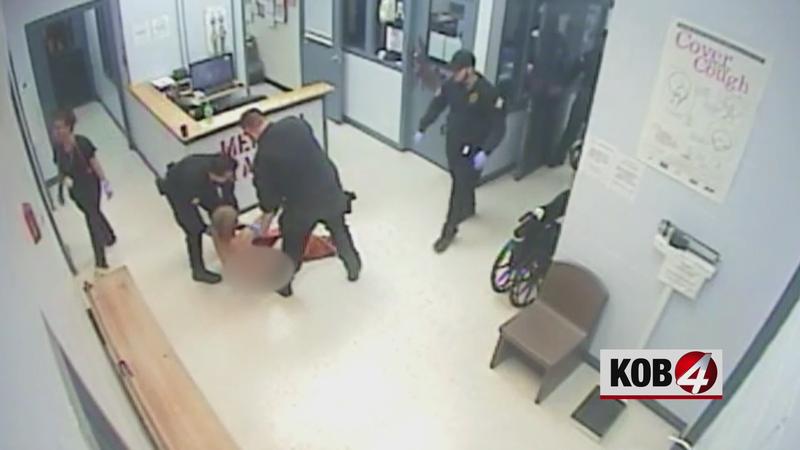 The staff eventually placed Garcia into a medical unit, but he eventually died.

"If he weren’t in jail and anywhere else and looked like this and collapsed the number of times he had, he would go to an emergency room in an ambulance," Coyte said.

The lawsuit said Garcia was suffering from a perforated ulcer and the contents of his bowels were entering his abdominal cavity, which led to sepsis.

According to the lawsuit, perforated ulcers are common inside emergency rooms, and with routine surgery, the problem can be fixed.

Coyte alleges the Doña Ana County jail and the contracted medical provider, Corizon Health Inc., wanted to save money by not calling for an ambulance to pick up Garcia.

"He paid with his life because a private corporation was trying to save money, and we are putting people in jail because they have not paid small amounts of fines and these things lead to disaster, and they must stop," Coyte said.

KOB 4 reached out to the Doña Ana County jail about Garcia’s death. No response was provided.