ALBUQUERQUE, N.M. – Allegations against a New Mexico jail are growing as attorneys continue to argue that conditions are so unsafe that their clients shouldn’t be held there before trial. This comes as changes to the pretrial system are up for debate — right now — among lawmakers in Santa Fe.

The Metropolitan Detention Center in Albuquerque has admitted to facing low staffing challenges.

But many are saying these problems are severe – inmates’ health is at risk because of fights, officers not checking in, lack of access to short-staffed nurses, and COVID running through the jail. Those arguments were set to play out in court Monday.

22-year-old Darryus Chavez will have to stay in jail a while longer – his hearing was delayed until next week, Jan. 31 at 3:30 p.m.

“Mr. Chavez is in quarantine because he has COVID.”

And that’s exactly one of the reasons his attorney, Ryan Villa, doesn’t want him at MDC.

In pretrial detention hearings, defense attorneys typically argue why those accused of crimes are not a danger to society. Chavez’s attorney is also doing that.

In a court filing Wednesday, he says Chavez has “strong ties to our community,” and would accept “house arrest” and “GPS monitoring.”

But Villa is adding a whole different argument – that MDC is unsafe for inmates, and that’s why his client should not be held in jail before trial. He says “inmates are in grave danger,” and that the pandemic has had “disastrous and tragic consequences” at MDC.

Plus, the recent cyberattack on the county has caused problems.

The public defender’s office told KOB 4 that, multiple times, the jail’s staff members have “lost” their clients – they literally couldn’t find them to bring them to meetings or hearings.

KOB 4 has reported on many concerns at MDC. Lawsuits have alleged that officers ignored an inmate’s pleas for help before he took his own life just over a year ago.

Other lawsuits and criminal complaints detail seizures that have gone unnoticed, and inmates beating up and killing another inmate.

Plus, in a new court filing earlier this month, a nurse stated that this “is the worst medical care has ever been at MDC.”

She’d worked there for more than a decade before she quit. She says the nurses there are stretched way too thin because there aren’t enough of them.

KOB 4 asked an MDC spokesperson to respond to all these allegations and did not hear back.

The court hearing was delayed until Jan 31. The deadly shooting in this case was a case of mistaken identity, In July, downtown, Trevonte Robbins was shot and killed – he was just 19.

Police have announced they’ll charge four people in the murder, saying they didn’t mean to shoot him – they were looking for a different guy.

Another person was hurt, and an APD officer was also hurt after a bullet struck his windshield.

Investigators say surveillance video helped them make three arrests, including Chavez – who, according to a criminal complaint – is the man shown moving a roadblock.

He’s facing multiple charges, including murder. His attorney is arguing he didn’t know about the plan to kill someone. 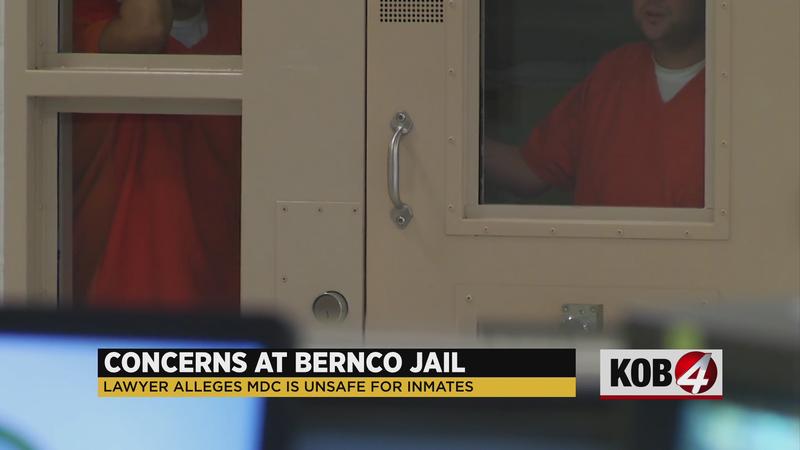