ALBUQUERQUE, N.M.- The UNM women’s basketball team is in third place in the Mountain West Conference.

The Lobos have played a total of six games in the Mountain West Conference, winning four of them.

Coach Mike Bradbury is concerned with the way the Lobos played against the Bulldogs.

"They really committed to keeping the ball out of the middle where we were beating them up pretty good the other day, and they committed to that which most people don’t do because it’s going to allow for an open three," Bradbury said. "We couldn’t make enough of them to get them to stretch back out."

The Lobos are scheduled to play San Diego State Wednesday. 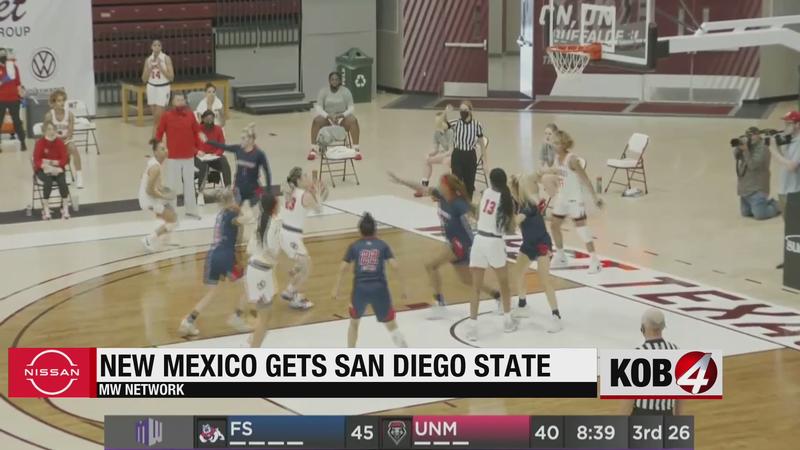