ALBUQUERQUE, N.M. — The Lobo women’s soccer team took on the San Diego State Aztecs Saturday for a shot at the NCAA tournament.

In the 24th minute, UNM’s Cami Floth evened the score against the Aztecs,1-1.

The Lobos managed to take the lead in the first half.

With four seconds left in the game, the Aztecs tied the score, 2-2.

UNM’s Jadyn Edwards led the Lobos to victory in overtime. 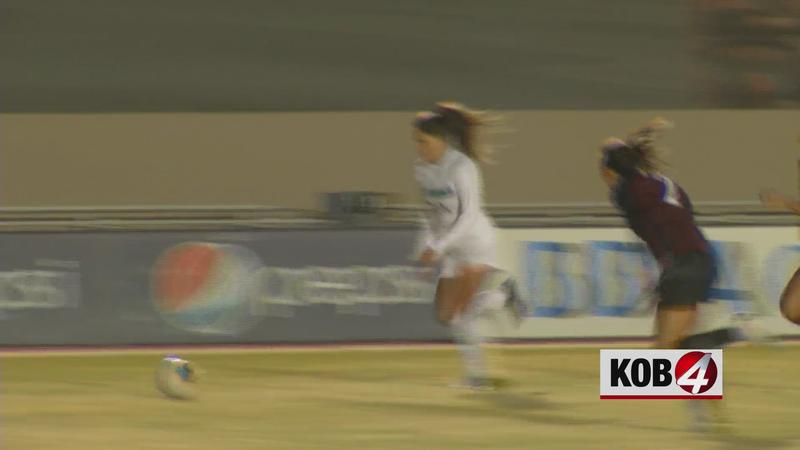 Next up, the team will head to the NCAA tournament.