LOS LUNAS, N.M. – Day two of recreational cannabis sales in New Mexico is wrapping up, and by all accounts it’s been a successful rollout for the state. So far, recreational marijuana sales have topped $2.5 million.

Locals lined up in Los Lunas and waited eagerly to purchase cannabis legally for the first time. They say they are happy they don’t have to make the drive to Albuquerque. But dispensaries told KOB 4 some of their cannabis products were sold out at this point.

Woolley says before recreational sales, they would typically see about 50 to 100 customers a day for medical purchases.

"We saw over 200 people just here in our little store. It was a great day," said Woolley.

But Woolley says the first day started out with some issues.

"Unfortunately, like 10 minutes before we opened, someone crashed into the power line so all the internet was down and so we couldn’t open for about four hours," he said.

But once they got the problem figured out they were up and running, even selling out some of their products.

"We did run out of pre-rolls yesterday so that’s the only thing but otherwise we’ve got everything in stock that anybody could be looking for," said Woolley.

And the customers kept coming.

Los Lunas isn’t the only ones having success. According to the Cannabis Control Division, on the first day of recreational sales, people spent $1.9 million across the state.

Carver Family Farms, a small mom-and-pop dispensary in Albuquerque, told KOB 4 they had $12,000 in sales Friday.

Now, these shops don’t expect things will slow down anytime soon, they’re anticipating another busy week of sales coming up. 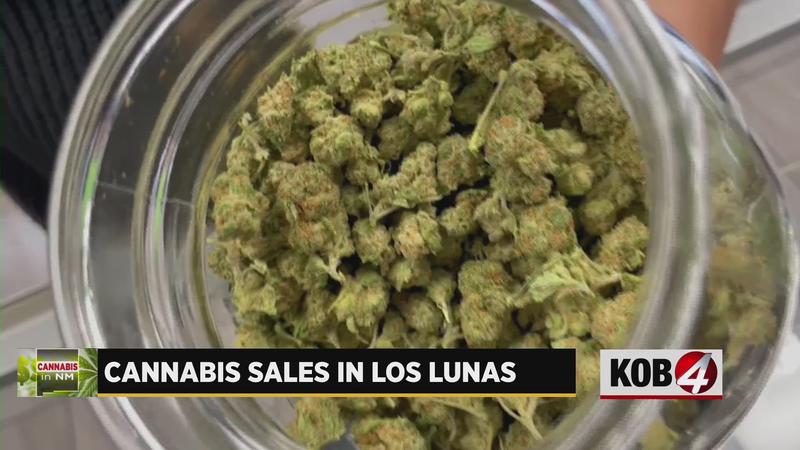