RUIDOSO, N.M. – The devastation of the McBride Fire is just setting in for families in Ruidoso. Some neighborhood streets were completely leveled, leaving a number of people with nothing but memories.

22 years of memories gone in one day.

"Literally, I broke down. You know you never expect that. This is a big trauma for me,” said Mary Blackmon.

Blackmon left her home on Gavilan Canyon Road last Tuesday afternoon– just like any other day. She left to pick up her grandson from elementary school.

"We saw smoke and I just kind of said ‘oh no,’" said Blackmon.

It wouldn’t end like any other day. By the time she made it back, the McBride Fire had already swallowed her area of the canyon.

"The fire was there so we didn’t get a chance to get anything out of our house. Not even our pets," she said.

Pets that were her disabled daughter’s whole world. Blackmon made it back the next morning.

"I mean, it just looked horrible. Everything that we have had there for 22 years there was gone," said Blackmon.

Including the last physical memories of her late husband.

"His military stuff was in there, and his flag and all his paperwork. His letters from the military, everything that I had been saving," Blackmon said.

"This is what’s left of Sid’s trailer," said Joe Worthen.

Kaweah Worthen feels lucky to have her brother -Sidney – alive after he narrowly escaped the McBride Fire. They know it’s a long road ahead for so many families like theirs.

"So many people lost so much stuff you know and it’s gonna be a long time, a long time for this one to heal," said Joe.

But in this tragedy, they’ve found their own bright spots.

In all the ash, appeared one of her brother’s most sentimental items.

"And I just happened to look by the trailer and I found the little urn that had our mom’s ashes in it. It’s all burnt up but mama’s in there!" said Kaweah.

Both families are now faced with the complicated question about how to rebuild.

"He at least has a place to stay for two weeks. Beyond that, we don’t know what’s gonna happen," said Kaweah.

"It’s kinda hard after all the fires we’ve had here, how much destruction there’s been here, that I’m afraid. I’m afraid to rebuild in an area where we can be on a fire again," said Blackmon.

Blackmon didn’t have current insurance on her home, so she’s hoping FEMA will help her rebuild.

Meanwhile, Sidney, the owner of the trailer, just bought it from his sister about three weeks ago. He hadn’t even made the first loan payment yet.

GoFundMe pages have been set up for both families, find the links below:

Fundraiser by Kaweah Worthen : My brother needs our help (gofundme.com) 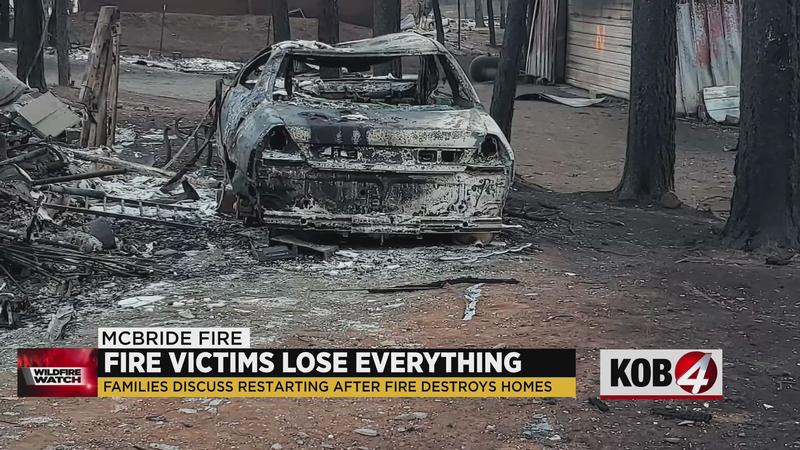